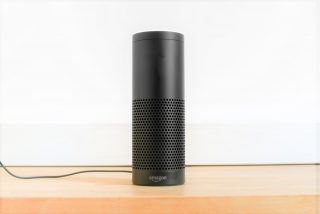 Police in Bentonville, Arkansas is getting creative in their hunt for evidence against a suspect. James Andrew Bates is facing a first-degree murder charge for allegedly killing his friend Victor Collins in Bates’ hot tub in November 2015. Still looking for clues, officers have issued a warrant to Amazon, hoping that recordings from Bates’ Echo home device will contain valuable information, according to a report by The Information.

The Echo, for those unfamiliar, acts as a computerized home assistant that is usually activated by calling its name, Alexa, or other trigger words, followed by a command or question (think Siri but for your house). The device records whatever you say, and sends recordings of commands and requests to Amazon. Bentonville Police are hoping that the Echo was triggered, even if accidentally, during the alleged murder or its planning, and recorded what happened.

Amazon had already refused to turn over recordings without any legal order to do so, and it remains to be seen what, if anything, they release now that police served a warrant. They did give authorities information dealing with Bates’ Amazon purchases. LawNewz.com reached out to Amazon regarding their current position on the case, and will update upon receiving a response.