Consumer Reports Is Trying To Troll The FDA Into Regulating Supplements 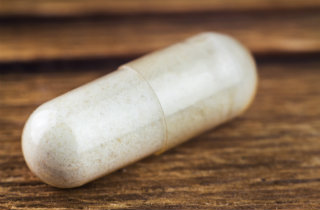 America has a big problem with dietary supplements.

Anything in the “supplement” realm falls into a legal gray area that lacks Food and Drug Administration (FDA) oversight, which is why we have late night infomercials for products that can allegedly “increase that special area of the male body.” It’s also why athletes who test positive for banned performance enhancing drugs aren’t always spinning yarns when they claim that they took a tainted supplement. Hell, the FDA maintains a list of every tainted supplement they’ve found.

At least in some small part, you can thank Mel Gibson for this because he campaigned for the change in the law that let this happen:

Still, since there’s not a lot they can do, and that leads to restlessness in some circles. Enter Consumer Reports.

The consumer advocacy magazine, which celebrated its 80th anniversary this past January, devoted the cover story to their newest issue to the supplement crisis. In conjunction with the cover story, Consumerist, a blog that’s under the same non-profit ownership as the magazine, decided to tackle the problem in the most troll-ish way possible: Making their own supplement. Named “Thinnitol,” it’s a sketchy weight loss supplement like the kind you see all over the place, with similar ingredients to boot. According to the article, “the mix is effectively a cocktail of caffeine, diuretics, and a possible appetite suppressant — but that doesn’t mean the supplement is a safe way to lose weight.”

The ingredients, empty gelatin capsules, packaging, and equipment were all purchased from eBay and Amazon sellers. How big a hit did their wallet take? Just $191.

Ellen Kunes, the head of Consumer Reports’ Health & Food content team, told Consumerist that while, obviously, the intention is not to sell this product, that’s not really the point. “We wanted to show that something that’s kind of not safe — and certainly potentially not effective — can be put out there,” Kunes said. “We are simply demonstrating the ease with which anyone sitting at home could order stuff like this and sell it on a website.”

It’s probably not enough to get lawmakers to take notice.