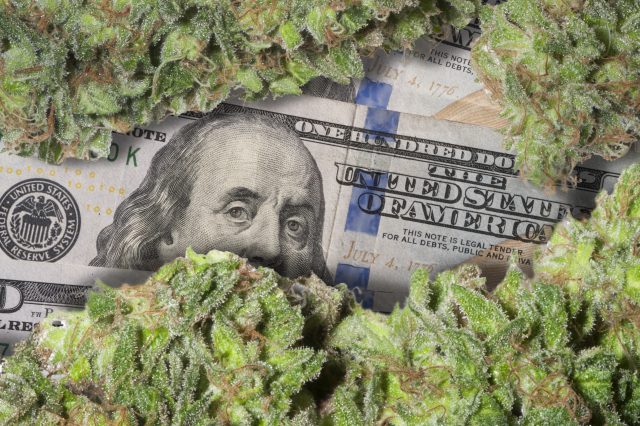 Attorneys advising a group of Los Angeles dispensaries have concluded that those businesses can continue to legally sell medicinal marijuana as “collectives,” until they obtain local and state licenses under California’s new system of legal pot.

Los Angeles officials announced late last month that the city will not begin accepting license applications until Jan. 3 — and it might take weeks before any are issued. That led to widespread concern that long-established businesses would have to shut down during the interim.

The status of the Los Angeles shops highlights broad confusion over the new state law, which went into effect at 12:01 a.m. Monday.

Berkeley Mayor Jesse Arreguin was on hand for a ribbon-cutting ceremony as his city began selling marijuana legally on New Year’s Day.

The mayor was joined by state Sen. Nancy Skinner as pot sales began early Monday at Berkeley Patients Group, one of the oldest dispensaries in the nation.

Customers began lining up before dawn to be among the first to purchase legal marijuana in state.

About 100 people are lined up in the parking lot of the Harborside marijuana dispensary in Oakland, California.

They’re waiting for the doors to open at 6 a.m. Monday so that they can be among the first customers to buy legal pot in the state.

The crowd sipped coffee and munched doughnuts, braving overnight temperatures in the mid-40s (around 6 degrees Celsius).

The dispensary says the first customers will receive special gifts. Harborside is one of about 90 California businesses that received state licenses to open on New Year’s Day.

Some Californians are raising blunts instead of glasses as they usher in the new year.

Hernandez, who is a medical marijuana user, says legalizing recreational pot is “something we’ve all been waiting for.”

The 29-year-old says he also hoped that the legalization of recreational, adult-use marijuana will help alleviate a stigma some believe still surrounds marijuana use.

About 90 businesses received state licenses to open on New Year’s Day. They are concentrated in San Diego, Santa Cruz, the San Francisco Bay Area and the Palm Springs area.

The arrival of the new year in California brings with it broad legalization of marijuana.

So-called recreational pot is now legal for adults 21 and older. Individuals can grow up to six plants and possess as much as an ounce.

Finding a retail outlet to buy non-medical pot in California won’t be easy, at least initially. Only about 90 businesses received state licenses to open on New Year’s Day. They are concentrated in San Diego, Santa Cruz, the San Francisco Bay Area and the Palm Springs area.

Los Angeles and San Francisco are among the many cities where recreational pot won’t be available right away. Other places, including Fresno, Bakersfield and Kern County, outlawed recreational marijuana sales.