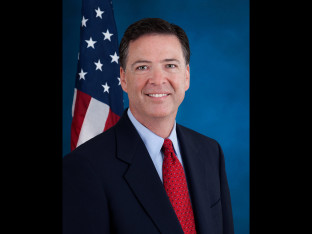 FBI Director James Comey on Wednesday wrote a memo to his employees defending the decision not to bring charges against Hillary Clinton and how the Bureau has handled the investigation.

First, the FBI Director detailed what he called the “unusual step of sending relevant 302s, our case summary Letter Head Memorandum, and the classified emails we recovered during the investigation” to Congress in an effort to enable them to exercise their oversight duties.  He also said he will be back up on Capitol Hill before the House Judiciary Committee for the annual oversight hearing at the end of September where he expects to answer more questions.

The second part of the memo is more clearly in response to recent criticism about the timing of the decision to release documents in the case publicly on Friday right before Labor Day weekend.  On this point, Director Comey said they just happened to completed to necessary  FOIA sign-off procedures to release Clinton’s 302 Interview Form and summary of the investigation on Friday morning.  Comey wrote:

I almost ordered the material held until Tuesday because I knew we would take all kinds of grief for releasing it before a holiday weekend, but my judgment was that we had promised transparency and it would be game-playing to withhold it from the public just to avoid folks saying stuff about us. We don’t play games. So we released it Friday.

Comey concluded the memo by saying employees may be “sick of this” but he felt it was necessary to reiterate some points he had been making privately about the investigation.

“At the end of the day, the case itself was not a cliff-hanger; despite all the chest-beating by people no longer in government, there really wasn’t a prosecutable case…but I have no patience for suggestions that we conducted ourselves as anything but what we are – honest, competent, and independent. Those suggesting that we are “political” or part of some ‘fix’ either don’t know us, or they are full of baloney (and maybe some of both),” Comey wrote.