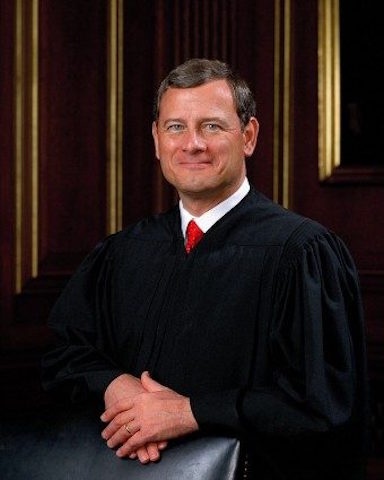 File this one in the frivolous lawsuit category!  A Clinton voter, Frederic Shultz, from San Diego, California, filed an emergency motion in federal court late Thursday, asking a judge to stop Chief Justice John Roberts from swearing in Donald Trump as President.

“The action that Chief Justice Roberts swearing in Trump to be President of the United States, violates Shultz’s rights and the rights of all other citizens who voted for Clinton, under the Fifth Amendment and Fourteenth Amendment’s guarantees of equal protection of the law pertaining to his vote for President,” Shultz claims in a actual lawsuit that was filed in U.S. District Court in the Southern District of California.  He filed the motion “pro se” – meaning without the help of an attorney.  Needless to say, a Court has not taken action, nor has Justice Roberts or Donald Trump responded.

As we’ve previously reported, even if Mr. Shultz was successful in preventing Roberts from administering the oath of office, this wouldn’t stop Trump.  While the Constitution does require the President to take the Oath of Office, the Chief Justice is not necessarily required to administer it.

“After Kennedy’s assassination, a federal district judge in Texas administered the oath to Johnson,” Ned Foley, an election law professor at the Moritz School of Law at Ohio State Unitversity told LawNewz.com.

“Any judge or even another authority could do so,” Norman Ornstein, with the American Enterprise Institute told LawNewz.com.