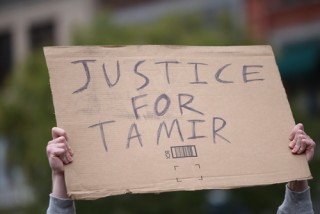 The city of Cleveland has agreed to a settlement in the federal case brought by the family of Tamir Rice, the 12-year-old boy who was shot and killed in November 2014 by trainee police officer Timothy Loehmann while Rice was holding a toy pellet gun.

In December, a grand jury declined to indict Loehmann or the officer who was training him. The grand jury said at the time that Rice’s death was the result of human error, not a criminal act. The officers believed at the time, the Guaridan reported, that they responded to a call regarding “a potential active shooter,” and did not receive key details from the 911 call that indicated that Rice was a young boy and that his gun was likely not real.

While the settlement, announced on Monday, calls for Cleveland to pay Rice’s family $6 million, the city did not admit fault in Rice’s death, according to CNN.