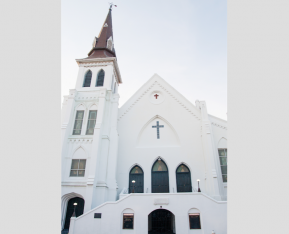 A group of survivors and family members of victims killed in the Emanuel AME Church shooting in Charleston, SC have filed a lawsuit against the FBI.  The petition alleges the Bureau’s negligence allowed the shooter, Dylan Roof, to purchase a firearm despite his prior drug arrest.

The Associated Press attorney, Andy Savage, who represents several of the plaintiffs, said the lawsuit was filed because a proper background check would have turned up Roof’s drug arrest and prevented him from purchasing the weapon used in the attack.

“In this case, you had an unqualified purchaser that slipped through the cracks,” Savage said to the AP. “And the result is what happened on June 17.”

The report states law enforcement officials have previously admitted that mistakes were made in the processing of Roof’s background check.  According to Lexington County Sheriff Jay Koon, Roof’s drug arrest was incorrectly entered into the state database by a jail clerk.  When Roof applied to purchase the handgun, the FBI reportedly noticed the arrest, but called the wrong agency seeking more information.  Having never received any follow up information about the arrest, the purchase went through as required under the current waiting period laws.

Last summer, FBI Director James Comey also acknowledged that Roof’s application should have been denied and he promised to conduct a full investigation into the matter.

Roof is currently in jail awaiting death penalty trials at both the state and federal level.  The attack in June 2015 killed nine people and wounded five more.

The lawsuit was filed under the Federal Tort Claims Act, which provides a limited waiver of sovereign immunity and allows citizens to sue the federal government in certain circumstances.