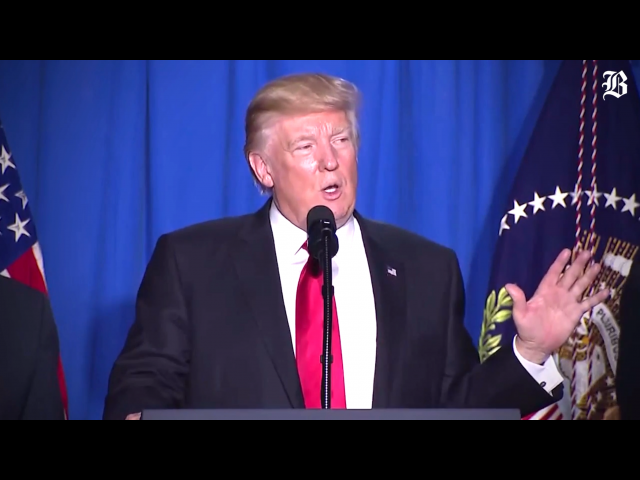 Somewhere between 66,000 and 100,000 visas for travel to the United States have been revoked, depending on who you ask.   The Justice Department put the number at 100,000 while the State Department immediately suggested the number was closer to 66,000.   After a court hearing in Virginia on Friday, one things for certain:  The program caused chaos.

At least that’s what one federal judge said in a rather blistering rebuke of the new president’s “extreme vetting” executive order.

During a hearing on Friday before U.S. District Court Judge Leonie M. Brilnkema,  a Clinton appointee, The Washington Post reports the judge was “heartened to see the government was working to return the brothers, Tareq and Ammar Aqel Mohammed Aziz, to the United States and reinstate their visas in exchange for dropping their case.”

The Yemeni brothers were part of the lawsuit filed after they arrived at Dulles Airport last Saturday only to be forced on a return flight to Ethi­o­pia because of the new Executive Order.

Judge Brinkema was reportedly not so kind to the Trump administration lawyers, saying  it was handled terribly and she had not seen such a public outpouring since the trial of 9/11 co-conspirator Zacarias Moussaoui.

“This order was issued quite quickly. It’s quite clear that not all the thought went into it that should have gone into it,” Brinkema said. “It was chaos.”

Brinkema said families had relied on their visas as being valid and in perhaps the biggest blow to the Trump administration, she found no evidence that the travel restrictions were necessary.

The White House obviously disagrees, saying the temporary ban was necessary to keep America safe from terrorism as agencies work to enact the “extreme vetting” of certain visitors and refugees.

Many critics and Democrats have referred to tromp order as a “Muslim ban” but the order only impacts a small number of Muslim majority countries.   Many more majority Muslim countries are not affected by the order.