Castile Trial Had Video Evidence, but Not of Key Seconds 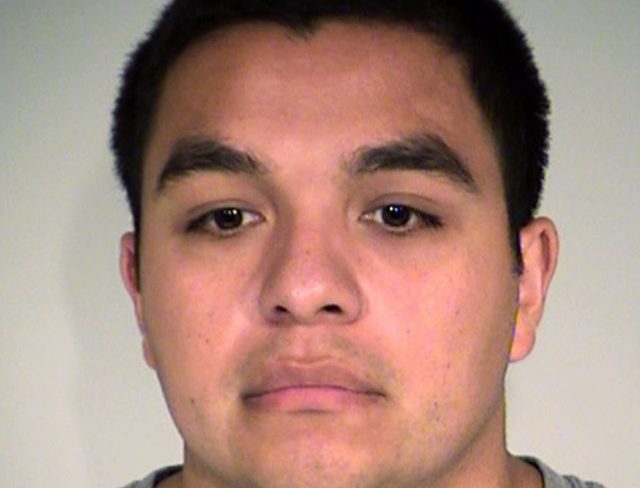 ST. PAUL, Minn. (AP) — The world learned of Philando Castile’s death through a grim livestream launched by his girlfriend seconds after Castile was shot five times by a police officer. Many were outraged by what they saw as Diamond Reynolds’ outwardly calm voice described Castile being shot after reaching for his wallet.

But no video existed of exactly what happened inside the car in the key seconds before Reynolds began filming, leaving a jury to decide whether to believe Officer Jeronimo Yanez’s testimony that Castile was pulling out his gun despite his commands and he fired in fear for his life.

The jury opted for acquittal, clearing Yanez of manslaughter Friday after five days of deliberation that nearly ended in deadlock. Castile’s family cursed and stormed from the courtroom, and despite the acquittal, the city where Yanez works almost immediately announced plans to dismiss him.

The finding was in line with recent history showing trials of police officers often end in non-convictions — nearly 40 percent of the time for those that Philip Stinson, a criminologist at Ohio’s Bowling Green State University, has tracked since 2005. That included several recent mistrials or acquittals when officers testified they feared for their lives, Stinson said.

Juror Dennis Ploussard said the jury favored acquittal early in the week by a 10-2 margin. He said they spent a lot of time dissecting the “culpable negligence” requirement for conviction, and the two holdouts eventually agreed Friday on acquittal.

He would not identify the two holdouts, but said they were not the jury’s only two black members. The rest of the jurors were white. None was Latino.

He declined to say whether he thought Yanez acted appropriately, but said the jury sympathizes with the Castile family.

The stop turned deadly seconds after Castile alerted the officer that he was carrying a gun. Castile had a permit.

The defense argued Castile, who had traces of marijuana in his system, was stoned and it affected his responses to Yanez’s commands. They raised questions about discrepancies in Reynolds’ statements to investigators, including where Castile carried his wallet and who purchased the marijuana that was in the car.

Prosecutors countered that Yanez overreacted to a man who was no threat, and had options short of shooting. They also highlighted seemingly contradictory statements Yanez made right after the shooting and to investigators later about whether he saw the gun. He testified that when he told a supervisor he didn’t know where it was, he meant only at first.

Ramsey County Attorney John Choi, who made the decision to charge Yanez, said his office considered carefully before bringing the case.

“I don’t doubt that Officer Yanez is a decent person, but he made a horrible mistake from our perspective, and that’s what this case was about. I know that if he could, he would take back what he did, and we all wish, and he would too, that this never happened,” Choi said.

Outside the courthouse, Valerie Castile said her son followed the law.

“The fact in this matter is that my son was murdered, and I’ll continue to say murdered, because where in this planet (can you) tell the truth, and you be honest, and you still be murdered by the police of Minnesota,” she said, referring to the fact that her son was shot after he volunteered to Yanez, “Sir, I have to tell you, I do have a firearm on me.”

“He didn’t deserve to die the way he did,” Philando Castile’s sister, Allysza, said, through tears. “I will never have faith in the system.”

Yanez stared ahead with no reaction as the verdict was read. Afterward, one of his attorneys, Tom Kelly, said the defense was “satisfied.”

“We were confident in our client. We felt all along his conduct was justified. However that doesn’t take away from the tragedy of the event,” Kelly said.

Gov. Mark Dayton offered his condolences to the Castile family on the verdict, calling his death “a terrible tragedy” in a statement that made no mention of Yanez. Dayton, a Democrat, drew criticism in the days after the shooting for suggesting that Castile might not have been shot if he was white.

The evidence included squad car video, but its wide view didn’t capture exactly what happened inside the car. Prosecutors questioned whether Yanez had even seen Castile’s gun, and witnesses testified that it was in a pocket of Castile’s shorts when paramedics pulled him from the car.

The squad car video shows Yanez approaching Castile’s car and asking for a driver’s license and proof of insurance. Castile appears to give something to Yanez through the driver’s side window. Castile then informs the officer he’s carrying a weapon, but before he finishes his sentence, Yanez has his hand on his own gun and is pulling it out of the holster.

There is shouting, and Yanez screams, “Don’t pull it out!” before he fires seven shots into the car, five of which hit Castile. Prosecutors said Castile’s last words were: “I wasn’t reaching for it.”

In his testimony, Yanez’s voice choked with emotion as he talked of being “scared to death” and thinking of his wife and baby daughter in the split-second before he fired.

Yanez was charged with second-degree manslaughter, punishable by up to 10 years in prison, though sentencing guidelines suggested around four years would have been more likely. Yanez was also cleared of lesser counts related to endangering Reynolds and her daughter for firing his gun into the car near them.