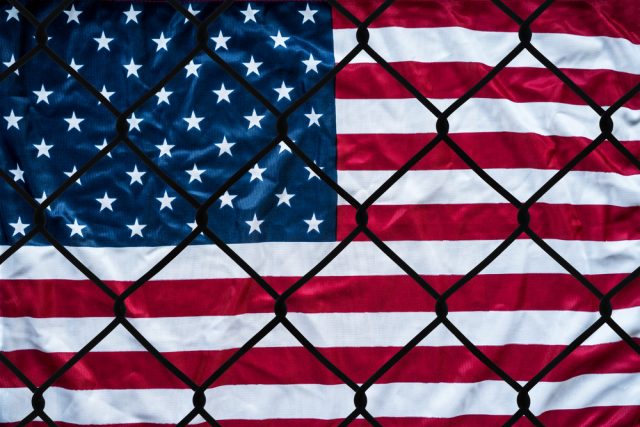 SACRAMENTO, Calif. (AP) — California’s attorney general sued the Trump administration Wednesday over its plan to build a wall along the U.S.-Mexico border, arguing it’s overstepping its authority by waiving environmental reviews and other laws.

The suit filed by Attorney General Xavier Becerra, a Democrat, makes arguments similar to those in a lawsuit brought last week by advocacy groups.

Both lawsuits aim to stop design, planning and construction on the wall. The cases are focused on halting the construction of wall prototypes in San Diego and the replacement of barriers there and in Calexico, California.

“The Trump administration has once again ignored laws it doesn’t like in order to resuscitate a campaign talking point to build a wall on our southern border,” Becerra said at a press conference near the border in San Diego. “President Trump has yet to pivot from candidate Trump to leader of a nation built on the rule of law.”

Becerra’s remarks came shortly after U.S. Attorney General Jeff Sessions appeared near the border to discuss drug seizures. Asked about the lawsuits, Sessions said the U.S. government has a responsibility to secure the border.

“We would expect to be fully successful in moving forward with our border wall as Congress gives us the money to do so,” Sessions said.

Promises to construct a “big, beautiful” border wall were a centerpiece of Donald Trump‘s presidential campaign.

Becerra’s legal action is the latest in a series of lawsuits against the administration. He recently sued over Trump’s decision to halt a program that protects young immigrants from deportation. He also has battled with the U.S. Environmental Protection Agency over regulations.

The federal government recently waived environmental reviews on a 15-mile stretch of border in San Diego. Eight contracts have been awarded and construction of wall prototypes is expected to begin this fall.

The administration also waived environmental reviews involving a 3-mile stretch of border in Calexico. It granted the waivers under a 2005 law aimed at speeding construction of barriers along the border.

The law allows the government to waive laws including the Endangered Species Act and the National Environmental Policy Act. Becerra says that authority expired in 2008.