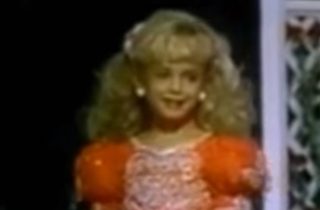 The recent special, “The Case Of: JonBenét Ramsey,” which aired on CBS earlier this week, has drawn widespread attention for exploring the 20-year-old unsolved mystery of the 6-year-old girl’s death. In the show, investigators examined evidence and came to the conclusion that JonBenét’s brother Burke Ramsey, who was 9 at the time, was the likely culprit. While not everyone bought into the theory that the boy killed his little sister — perhaps by accident — , and then his parents covered it up to protect him, it’s gotten a lot of people talking.

Now,  L. Lin Wood, attorney for the Ramsey family, says he’s going to sue CBS on Burke’s behalf. According to a statement obtained by LawNewz.com, Wood said that “CBS perpetrated a fraud on its viewers – there was no new investigation by the phony TV ‘experts.’ CBS intentionally avoided and ignored the truth of the mass of evidence..”

But how strong of a case would Burke Ramsey have against CBS?

To succeed in a defamation case against CBS, Ramsey would have to prove:

On top of those elements, Harvard Law Professor John Goldberg said that because Ramsey has spoken about the case, like he did in an interview with Dr. Phil, a court would likely consider him a ““limited purpose public figure.” This means that when it comes to statements made about Burke in connection to the case, he would be considered a public figure, which carries an additional burden.

Goldberg said, “Burke could only prevail on a defamation claim against CBS or the investigators by proving not only that the allegations against him are false, but also that CBS and/or the investigators either KNEW that they were false when they made them, or were RECKLESS with regard to the truth or falsity of the allegations.” By contrast, a non-public figure would not have to prove this.

Additionally, the theory that Burke killed his sister was the expressed opinion of the investigators on the show. First Amendment attorney Floyd Abrams (father of LawNewz.com‘s founder), said that “an opinion, clearly denominated as such, on stated facts,” would probably be legally protected. Abrams also said that it may not be in the Ramseys’ best interest to sue, because it would open them up to all sorts of questions at trial.

After Wood announced his plans to sue, the network told Reuters, “CBS stands by the broadcast and will do so in court.”

In a statement to LawNewz.com, Wood had the following to say about the matter:

CBS perpetrated a fraud on its viewers – there was no new investigation by the phony TV “experts.” CBS intentionally avoided and ignored the truth of the mass of evidence that (1) led the Boulder District Attorney and Boulder Police Department to publicly and officially confirm in May of 1999 that Burke Ramsey was not a suspect or even a possible suspect; (2) supported the 2003 finding by Georgia Federal Judge Julie Carnes that “abundant evidence” supported assertions by JonBenét’s parents, “that an intruder entered their home at some point during the night of Dec. 25, 1996, and killed their daughter”; and (3) led the Boulder District Attorney to publicly exonerate the Ramsey Family in 2008 based on conclusive DNA evidence.

The accusations of the CBS so-called “experts” lack substantial evidentiary support and contradict the factual conclusions reached by legitimate law enforcement authorities and experts familiar with the actual evidence developed in the case. CBS’ false and unprofessional attacks on this young man are disgusting and revolting.

No fair-minded person can condone this false and heinous television attack by CBS on a young man for ratings and profits.

This article has been updated with L. Lin Wood’s statement to LawNewz.