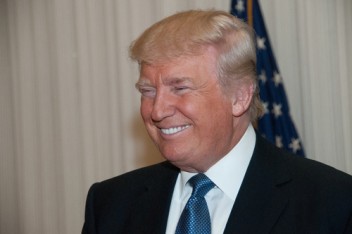 Several groups of Donald Trump supporters filed a federal lawsuit late Thursday that seeks to block the ongoing recount of the election results in Wisconsin.

LawNewz.com obtained a copy of the lawsuit that was filed by Great America PAC, the Stop Hillary PAC and Wisconsin individual Wisconsin voter Ronald R. Johnson.

The Wisconsin recount effort was initiated after a lawsuit filed by Jill Stein’s campaign challenged the election results.  Hillary Clinton’s campaign filed court documents earlier this week to intervene and participate in that lawsuit.

The group of Trump supporters filed a separate lawsuit on Thursday to block the recount, alleging it threatens the due process rights of Johnson and other individuals who voted for Trump.  The lawsuit also contends the recount is likely to result in a number of errors because local jurisdictions are rushing at “quadruple the rate” of other recount efforts in order to meet a December 13th completion deadline

Wisc Lawsuit by LawNewz on Scribd