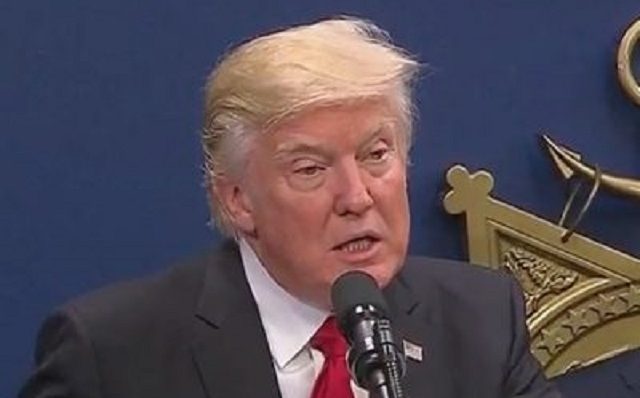 In a stunning apparent shift in policy, President Donald Trump appeared to make a dramatic change in his approach to undocumented immigrants. During Trump’s campaign, he said he would work to deport all of the known undocumented immigrants in the United States. Later, he softened a bit, saying he would make criminals the first priority for deportation. In a conversation with television anchors on Tuesday, the President said he is now open to a policy that would allow for millions of people in the country illegally to gain legal status if they do not have a a serious criminal record, sources present for the conversation told The New York Times.

“The President has been very clear in his process that the immigration system is broken and needs massive reform, and he’s made clear that he’s open to having conversations about that moving forward,” White House Deputy Press Secretary Sarah Huckabee Sanders told the Times.

President Trump is set to address Congress Tuesday night, for the first time since being in office. It’s unclear if he will discuss immigration policy. He did reportedly tell the TV anchors, “The time is right for an immigration bill as long as there is compromise on both sides.”