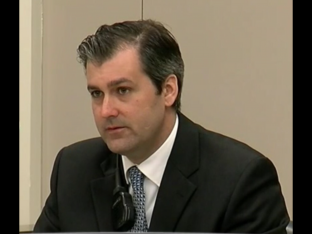 The jurors for the trial of former South Carolina police officer Michael Slager were unable to reach a unanimous verdict and the case ended in a mistrial.  Slager was charged with murder over the shooting of motorist Walter Scott.  Jurors were also given the opportunity to consider the lesser charge of voluntary manslaughter.  While there was no question that Slager indeed shot and killed Scott, the case hinged on whether he acted unlawfully when he did it.

Slager’s defense claimed that the officer was in danger describing a physical altercation between Slager and Scott. They said that Scott took Slager’s Taser during the scuffle, and that Slager didn’t know where the stun gun was at the time he fired his weapon. While there was video of the incident, it was not clear from the footage what happened to the Taser during the commotion.

In closing arguments, the prosecution tried to convince the jury that Slager was not in danger when he shot Scott, point out that Scott was trying to get away from the officer, not coming towards him. Solicitor Scarlett Wilson also painted a picture of Slager recovering his Taser after shooting Scott, and planting it near Scott’s fallen body, to make it seem as if Scott had it on him before he was killed.

Slager’s defense blamed the media for mischaracterizing what happened. While Scott was often described as unarmed, Slager’s attorney pointed out that the officer wasn’t aware of this at the time, because he didn’t get a chance to pat him down. Attorney Andy Savage tried to put the focus on Scott, questioning why he got into a fight with a police officer in the first place, and why he was trying to get away.

Defense attorney tells jurors they should ask why #WalterScott ran, even though state never answered that question. #SlagerTrial #closing

The mistrial comes at the end of rather bizarre chain of events that began on Friday afternoon when a unidentified juror sent the judge a letter telling him that he/she could not in good conscious vote for a guilty verdict in this case.  A second note from jurors seemed to indicate that there was only one hold out juror, while the other 11 jurors still thought they could reach a unanimous verdict in the case.

When the judge finally called the jurors down to the courtroom to sort everything out, the jury foreperson surprised everyone in the courtroom by telling the judge they know believed the jury could reach a unanimous verdict in the case after all.  The jury then asked to go home for the weekend, saying they wished to return on Monday morning at which time they would ask the court for clarification on several points of law in the case.

“The majority of the jurors are still undecided and we would like help with the following questions,” the note on Monday morning stated.

However, after nearly three hours of additional deliberations (bringing the total time to over 20 hours spread over four days), the jury was still unable to reach a unanimous verdict in the case.

The prosecution will now have to decide in the coming weeks whether they will retry Slager.  This is a developing story and LawNewz.com will update with more information.

Editor’s Note:  This article was corrected to show that Scott did not have the Taser on his person at the time he was shot, despite what Slager’s impression may have been at the time.