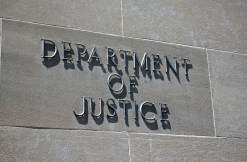 The law, known as HB2, makes people in state buildings use restrooms that correspond to the sex on their birth certificate.

The feds want an answer by Monday.

The letter is a possible preface for the feds to file a lawsuit to take down the law. The feds served a similar warning to the University of North Carolina, telling the school that HB2 violates Title IX of the Civil Rights Act by discriminating on the basis of sex. It’s possible that state schools could lose hundreds of millions of dollars in federal funding.
–