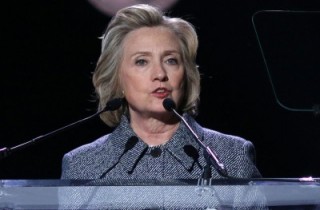 On Monday, State Department lawyers confirmed in federal court that the FBI found approximately 14,900 emails sent to or from Hillary Clinton‘s private email server that had not previously been turned over, The Hill reported. This is roughly 50 percent more than the 30,000 emails that Clinton’s lawyers turned over back in 2014.

The emails were discovered during the FBI’s investigation into Clinton’s server. They turned the documents over to the State Department after they concluded the probe.

Attorneys told U.S. District Judge James E. Boasberg that they are assessing the nature of the emails. It remains to be seen when or how many of the emails will be released to the public.

Monday’s hearing was part of a lawsuit brought by conservative watchdog group Judicial Watch in May 2015 under the Freedom of Information Act. Judicial Watch had sought all State Department emails sent or received by Clinton after learning that she had used a private email server while she served as Secretary of State between 2009 and 2013.

This article has been updated with information regarding the release of the emails as well as background information.