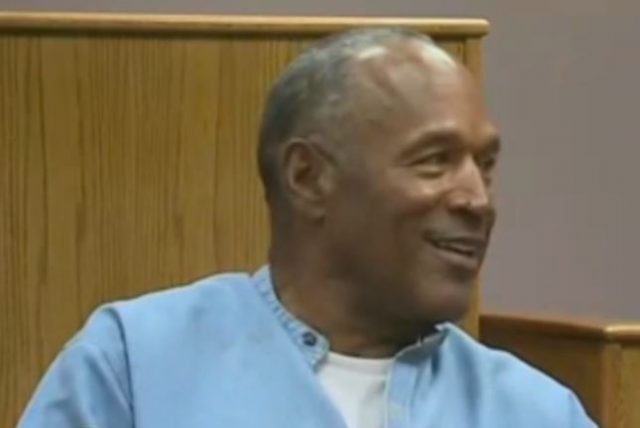 Less than an hour after wrapping up a long-awaited hearing, the Nevada Parole Board made their decision, granting parole to O.J. Simpson, allowing the former football star to go free later this year. Most people expected the board to reach this decision, as they had already granted Simpson parole on some of the charges after a hearing in 2013. Because “The Juice” hasn’t had any problems while at Nevada’s Lovelock Correctional Facility since then, it’s not surprising that he will be released.

By the time he gets out, he will have served nine out of a possible 33 years for an armed robbery in 2007, for which he was convicted in 2008. Some of the conditions of parole are detailed in the order released Thursday afternoon and include checking in with a parole agent, not engaging with convicted felons and submitting to drug testing.

There was a question as to whether the Parole Board would take into account the deaths of Ronald Goldman and Nicole Brown Simpson in 1994. Simpson was arrested but then acquitted of the murders, but later lost a civil lawsuit when he was found liable in a wrongful death case. The board did have the ability to weigh aggravating factors into their decision, but they pointed out that none of the events surrounding the murders would come into play. The only aggravating factor that they had at their disposal was that at the time of the Las Vegas robbery, the victims were in fear for their safety.

It appeared to be touch and go early in the hearing, when Simpson decided to rehash the 2007 incident. While in the past, Simpson seemed to express remorse and regret for his actions, on Thursday he passed blame to others involved. At one point, things got tense when Simpson sternly pointed out that the items he stole belonged to him in the first place, and that the State of California supported this.

In the end, however, Simpson did express some regret for the whole thing, and discussed how well he’s been doing in prison. It was enough for the board to agree that he has served his time and should go free. Simpson will be able to get out as early as October 1.