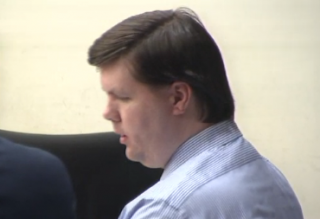 Jury selection keeps on going in the Justin Ross Harris hot car death murder trial, and it seems like the court just can’t catch a break. With so many people having knowledge of the case and rather strong opinions about it, there was finally one juror Tuesday who actually doesn’t know much about the case!

65 is 1st juror that admits he knows nothing about this case. No kids, + believes in impartial judgment. Prob good for defense. #hotcardeath

But not so fast. Turns out they’re a student and can’t serve on a long trial.

All finished with Juror 65. Also both sides agreed to dismiss another juror entitled to exemption as a full time student. #hotcardeath

So Juror 65 had to go, but maybe Juror 66 would be just as impartial.

Juror 66 says she lives close, very familiar w/ case, impossible to believe an accident. “I think he did it.” #hotcardeath #justinrossharris

Juror 66 in #JustinRossHarris #HotCarDeath case says “I think Ross Harris did it.” “He disgusts me” and “I think he’s a psychopath.”

Well, so much for that.

After them, it was more of the same, including a juror who works at Home Depot like Harris did, and thinks he’s guilty, and a woman who said she’s biased against Harris and that Cooper reminds her of her grandson. Good luck with that one.

Luckily, another impartial juror appeared, giving us some hope.

Juror 71 in #JustinRossHarris #hotcardeath case says she has NO opinion as to guilt, NOT biased – what a contrast to earlier folks!?!

The selection process does appear finally to be nearing its end, with maybe another dozen jurors left to round out the pool. Stay with LawNewz.com for continuing coverage of the trial. We will also provide a lifestream of the trial. More to come.