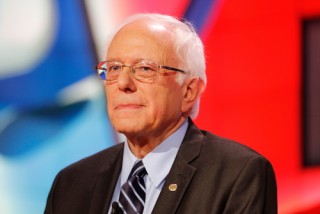 Senator Bernie Sanders is taking his campaign to the courtroom. The Democratic Presidential candidate is suing Ohio Secretary of State John Husted so voters who are 17 now but will be 18 before November’s general election can go to the polls for March 15 primaries.

According to Cleveland’s Fox8, teens who meet that criteria are currently allowed to vote in some races, but not the presidential primary. Some Democrats say the Republican Husted is changing the rules. Husted issued a statement, saying the law is clear on the issue:

“17-year-olds can vote in the primary, but only on the nomination of candidates to the General Election ballot. They are not permitted to elect candidates, which is what voters are doing in a primary when they elect delegates to represent them at their political party’s national convention, or vote on issues like school, police and fire levies.”

Jeff Weaver, campaign manager for Sanders, tells a different story.  According to CNN, Weaver said 17-year-olds were allowed to vote in presidential primaries in the past, and that Husted “has decided to disenfranchise those people.”

A recent NBC News/Wall Street Journal poll shows that Sanders holds a commanding lead over Hillary Clinton among younger voters, with Clinton with a strong lead among voters 50 and over.