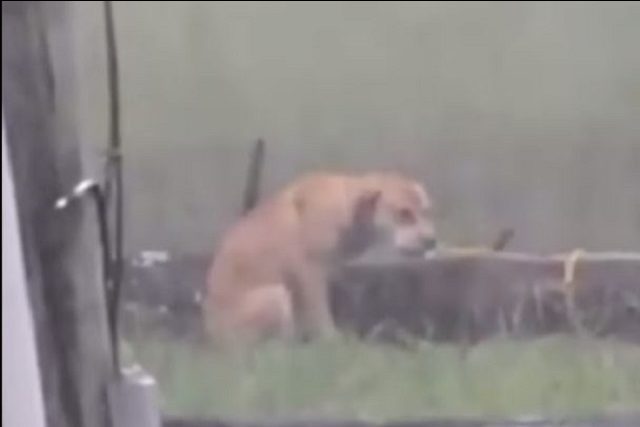 Authorities in Palm Beach County, Florida are livid after they discovered dozens of dogs apparently left behind by their owners who evacuated in preparation for Hurricane Irma. Many of the pets were reportedly tied up or housed in pens, leaving them with no means of escaping the storm and ensuing destruction. Luckily, Palm Beach County Animal Care and Control was able to rescue 40 dogs before the storm hit land.

“There is absolutely no excuse for doing that,” Director Dianne Sauve told USA Today, saying that in cases where she can identify owners of the animals, she would press felony charges for animal cruelty, provided there is enough evidence. She said that in Palm Beach County, there are two shelters that allow people to bring pets along with them.

As for the pets who were found by authorities, their owners will not get the opportunity to leave them–or potentially any other pets–out in a storm again. Those in Palm Beach who surrender their pets cannot get them back. Not only that, if there’s a record of you surrendering ownership of a pet, animal adoption agencies may hold that against you if ever want another.