Are Voting Selfies Legal? We Have the Answer in All 50 States 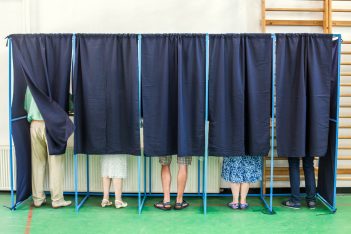 When pop star Justin Timberlake snapped a photo of himself inside a voting booth in Tennessee last month, he likely never thought he was breaking the law. However, hours after he posted the “ballot selfie” on Instagram, Tennessee Secretary of State Tre Hargett issued a statement reminding Tennesseans that state law prohibits taking photos inside polling places.

While the local prosecutor in Shelby County, TN subsequently decided not to pursue charges against Timberlake, the whole incident serves as a great lesson to everyone to check their own state laws on “ballot selfies” before heading to the polls on Election Day.

LawNewz.com has made that search a little easier by breaking down “ballot selfie” laws in every state.

Legality of Ballot Selfies is an Open Question, Use Caution: