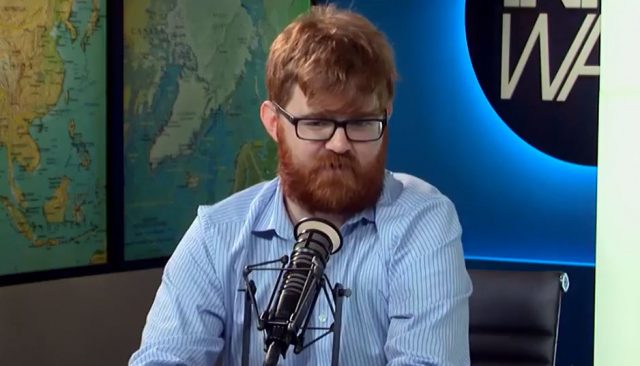 Right-wing activist Chuck Johnson filed a lawsuit against Twitter on Monday, claiming the social media giant unlawfully banned him for his political views.

The lawsuit argues that Twitter exists as the modern version of the public square, and that speech cannot be restricted unless it’s in good faith. Johnson claims that his suspension was not done in good faith, because it was not based on any violation of Twitter’s policies, but “a political hit job.”

Johnson, who is represented by Robert Barnes (a Law&Crime columnist), says that he had been using Twitter since 2009, and that, from May 2015 through  May 2017, Twitter started suspending and deleting his accounts.

It had been reported that the decision to ban Johnson permanently came after he had tweeted a message asking people for money to help him in “taking out” Black Lives Matter supporter and activist DeRay Mckesson. Mckesson later went on CNN and called for Twitter to ban Johnson, who was subsequently kicked off the social media platform.

It was only when an internal Twitter email was published by BuzzFeed News that he learned that Twitter had made a decision to ban him permanently. That email said:

We perma suspended Chuck Johnson even though it wasn’t direct violent threats. It was just a call that the policy team made. He is finding loopholes in policy which is almost worse than the people who blatantly have violations.

Johnson takes issue with this because Twitter themselves recognized that he didn’t make violent threats, so his banning was, as he puts it, censorship based on his conservative viewpoint and “perceived identity,” not the content of his messages. Johnson, an independent journalist, alleges that loss of his Twitter access has drastically hurt his business. He acknowledges that in 2015, Twitter changed its terms of service to say that they can suspend or terminate people’s accounts “at any time for any or no reason,” but he claims this was just to make themselves less accountable for their decisions.