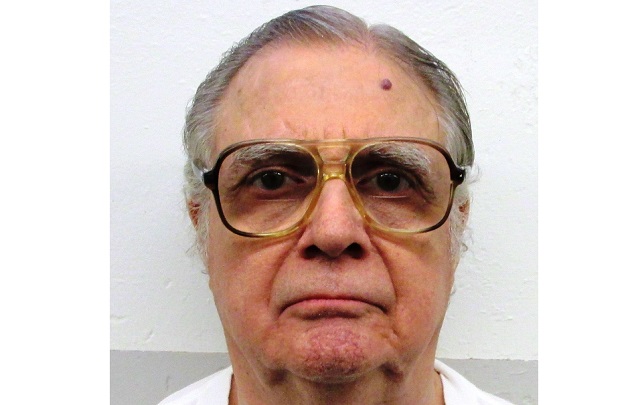 Thomas Arthur is scheduled to die on Thursday at 6:00 pm. A death row inmate, Arthur is facing execution for fatally shooting a man in 1982. But his attorney has been challenging the method of Arthur’s execution, claiming, among other things, that it should have been determined by the Alabama legislature, not the state’s Department of Corrections. Arthur and his lawyer filed a claim arguing this, and a judge ruled against him, but on Tuesday a state court of appeals ruled that the decision should be vacated. Still, State Attorney General Steve Marshall‘s office says the execution will go as scheduled.

The ruling by the Criminal Court of Appeals didn’t say that Arthur was correct, it just said that the case should be heard by thee Jefferson Circuit Court, and not the Montgomery Circuit Court, which ruled against him. That means that the case is still ongoing, but a spokesman for the Attorney General’s office told AL.com that this won’t stop the execution from taking place this week.

“I consulted with our capital litigation team,” a spokesman Mike Lewis said. “The Thomas Arthur execution is not off. No change.”

A major issue that Arthur’s attorney argued regarding the execution is the method. One of the drugs used, midazolam, has come under significant controversy for its use in executions. The sedative has been used in a number of cases where inmates had complications including convulsions during their executions. Arthur’s legal team say that the drug “is not used in medical practice as a general anesthetic; rather, it is an anti-anxiety sedative in the same drug family as Valium and Xanax, and its use in lethal injection has been extremely problematic.”

Arthur’s attorneys claim that the Department of Corrections chose the drug, but that decision should have been made by lawmakers.

If Arthur can get his execution date postponed, it wouldn’t be the first time. This is the eighth date that Alabama has set for him since 2001. He was convicted and sentenced to death three different times after trials. The first two convictions, in 1983 and 1987, were overturned on appeal, but a 1991 conviction was affirmed.

Arthur had tried to take his legal battle against his execution all the way to the U.S. Supreme Court, who denied his petition in February, despite a dissent from Justices Sonia Sotomayor and Stephen Breyer.

LawNewz.com reached out to the Attorney General’s office for comment, and will update should they respond.