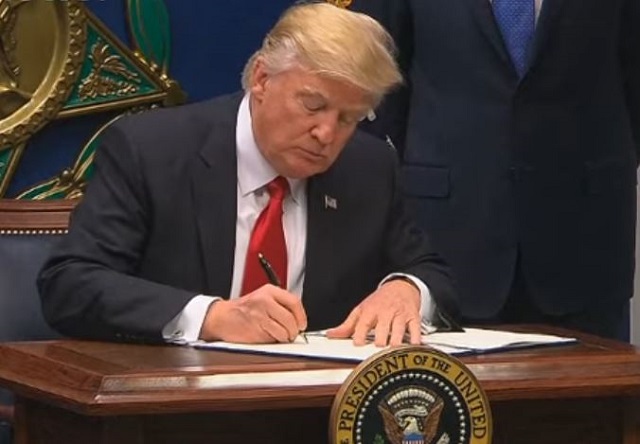 The American Civil Liberties Union filed 18 Freedom of Information Act requests with U.S. Customs and Border Protection offices, seeking documents that might shed light on exactly how officials are implementing President Donald Trump‘s executive order restricting travel from seven Muslim countries and refugees from all over the world. Legal battles in the days after the order was signed have resulted in federal courts limiting the scope of the ban, but there have been concerns that officials are not abiding by the court instructions. In Virginia, attorneys were reportedly being kept from meeting with detained travelers, despite a court order requiring that the detained individuals be able to speak with legal counsel.

Through the FOIA requests, “the ACLU seeks information regarding CBP’s implementation of the Executive Order at international airports in the United States.” They are asking for records including text messages, emails, voicemails, phone recordings, directives, training documents, and memos related to the executive order.

Mitra Ebadolahi, Border Litigation Project Staff Attorney with the San Diego ACLU, said in a statement obtained by LawNewz.com, “It is imperative that the public learn if federal immigration officials are blatantly defying nationwide federal court orders that block President Trump’s unconstitutional Muslim ban.” Fifty ACLU affiliates from almost every state took part in the FOIA requests to get information regarding how exactly the ban is being executed.