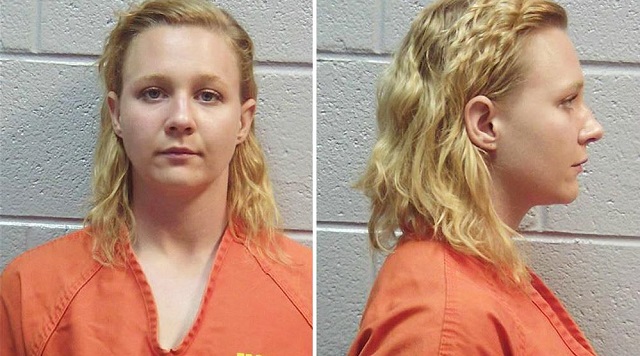 Federal prosecutors filed a transcript of a conversation FBI agents had with Reality Winner, who is accused of leaking classified material about Russian interference with last year’s election. The 81-page document contained an admission from Winner of how and why she brought a document out of a Georgia NSA facility where she worked as a subcontractor.

The agents who were interrogating her took their time, at first met resistance from Winner in the form of denials. Early on she acknowledged possessing a sensitive document, but said she merely kept what she considered to be “history” on her desk, before returning it in a “burn bag.” It was only after the agents told her that they knew the document had gotten out and been published on a site she subscribed to, that she realized they knew more than they had let on, and she was stuck.

Finally, Reality Winner admitted that she did smuggle the document out of the NSA building by folding it and hiding it in her pantyhose. She admitted to then mailing it out. She claimed she wanted to get the document out in the open because she was frustrated with the political climate and believed the public should be aware of the information.

After this took place, The Intercept ran an article about Russian government trying to hack at least one U.S. voting software supplier. The article said the information was based on an NSA report.

Winner also admitted to once placing a thumb drive into a secret computer, but being blocked from downloading anything onto it. She claimed she just wanted to see if she could do it, or what would happen.