A Tale of Two Countries: Gun Laws in the US and UK 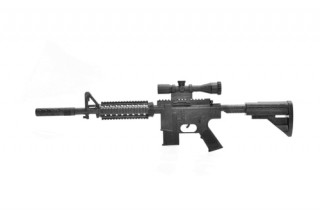 In the wake of the shooting in Orlando that claimed 49 lives, and the killing of British Member of Parliament Jo Cox, gun violence and laws are front and center in the public eye. While the United States and United Kingdom share many similarities, gun regulation is not one of them.

For starters, the Second Amendment guarantees American citizens the right to bear arms. Sure, there are a number of laws and regulations, but the Constitution still grants that right. In the UK, gun ownership isn’t a right, it’s a privilege, and a very limited one.

According to the BBC, only manually-loaded rifles, shotguns and long-barreled pistols are permitted, and only with a firearms or shotgun certificate. Handguns and semi-automatic rifles are not permitted. A person applying for a certificate must be at least 18 years old and show that they have a safe space to store the weapon, and either membership with a sports club, or land that would be suitable for shooting.

The UK’s Guide on Firearm Licensing Law says firearm certificate applications are processed by the police, who are supposed to screen applicants by making sure they 1) have a good reason, related to business or leisure, to own a firearm, and 2) are fit to own one. To determine fitness, a screening is conducted that includes interviews, visits to the applicant’s property, criminal background checks, personal references, and possibly contact with an applicant’s doctor. For a shotgun certificate, an applicant must submit four current photographs of themselves, and the information of someone who is not a family member who can serve as a “referee” for the police to contact regarding the application.

In the U.S., on the other hand, guns are allowed for self-defense, as well as for sport and business purposes. A greater variety of weapons are permitted in the U.S. than the UK, with many semi-automatic weapons being permitted. Different states have different standards, however. The AR-15, which has drawn attention after the Orlando shooting, is legal in some states, like Florida. In others, such as New York, the sale of the weapon is banned, but possession is legal, if the weapon was obtained before the ban and the owner registered their possession with the police, according to NPR.

As far as getting a license, there is no federal requirement for a gun purchaser to have a license or permit, but there are age limits for who can have a gun (18 and up for rifles and shotguns, 21 for handguns). States vary when it comes to people needing a license to possess a gun. Alabama, for example, does not require a permit to buy a gun. In New York, a person needs a license to possess a gun. A firearm license (which covers weapons like handguns) requires an applicant to fill out a form with four personal references, and checking yes or no for questions regarding the applicant’s history as far as employment, drug use, criminal activity, as well as physical and mental health.

For an application to possess a rifle or shotgun, a person must list their criminal history, answer yes or no to questions about that history, as well as their past drug use, mental health, and military service. They must also consent to the release of information pertaining to past mental health treatment.

Both countries require professional sellers of firearms to have licenses. In the U.S., licensed vendors must conduct background checks on customers. In the UK, that screening has already been done in the licensing process. In the U.S., unlike the UK, private sales between individuals are allowed, and private sellers do not need licenses and don’t have to conduct background checks. In the UK, only face-to-face sales are allowed, whereas in the U.S., you can by a gun on the internet.

So, as you can see, the two countries are worlds apart when it comes to guns, not just in terms of how to get them, but in how we address whether people should have them in the first place. While the UK is more strict in controlling who gets guns and what kinds are available, U.S. gun laws try to find balance between the need to protect people, while also maintain the right to bear arms.