Roy Moore Is Literally Begging for Cash. Here’s His Laundry List of Grievances. 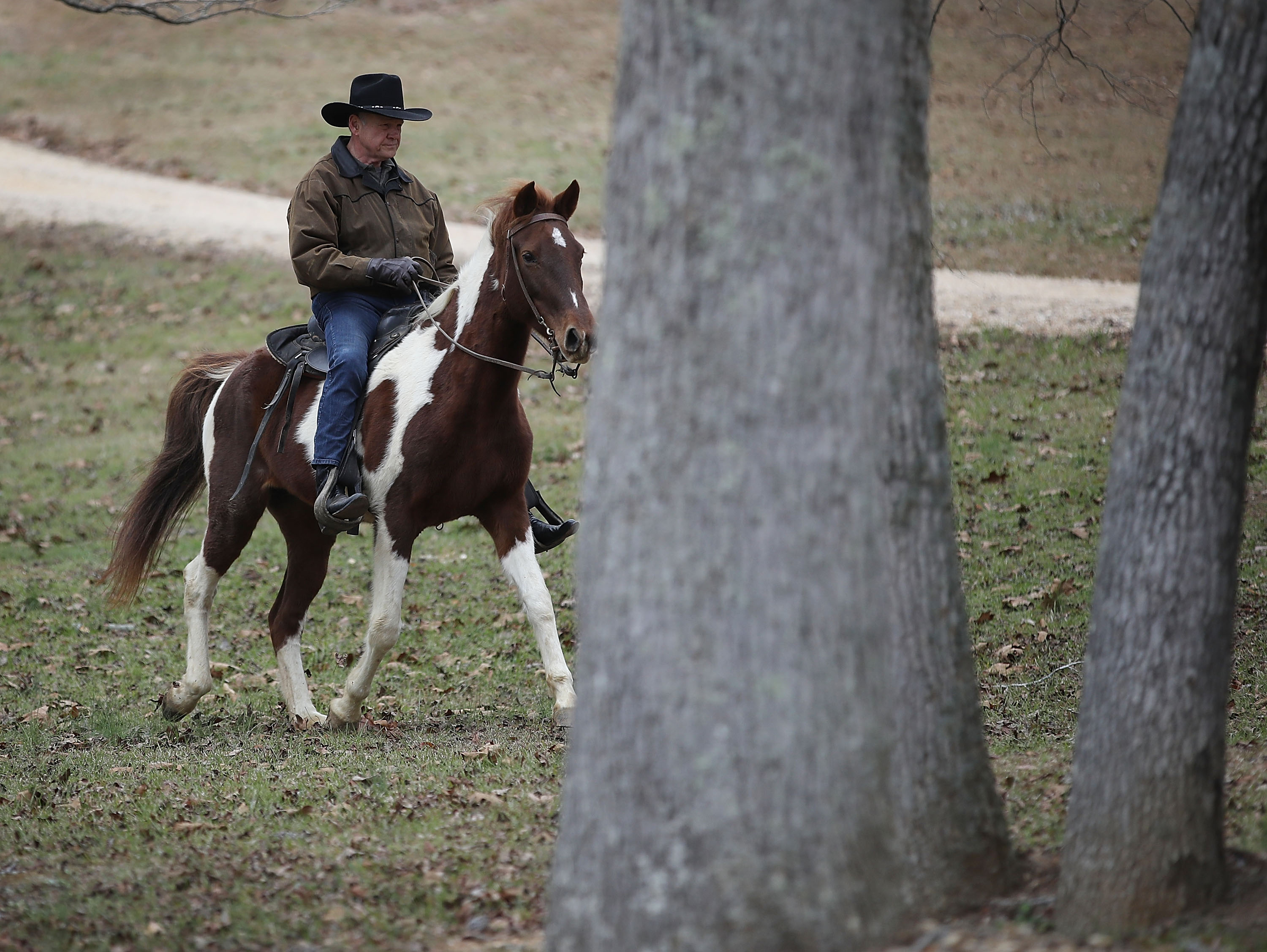 Former U.S. Senate candidate and Alabama State Supreme Court Chief Justice Roy Moore is all about the bling-bling these days. In a Facebook post late Thursday night, he begged for contributions to his legal defense fund. Moore is being sued for defamation for denying to know a woman who claims to have been liquored up and touched inappropriately by Moore when she was a teenager and he was a prosecutor. Moore said in his Facebook post that he has “struggled to make ends meet” as a result of the defamation case filed against him. The plea of poverty comes in spite of reports suggesting a $1 million payout from a nonprofit and a six-figure pension from the state in Moore’s favor.

Moore now wants to raise a quarter-million dollars. Less than a day in, he has raised about $32,000.

Moore’s campaign for U.S. Senate ended in a historically-rare yet narrow victory for a Democrat in his state.

The defamation case, filed by Leigh Corfman, claims Moore molested her when she was fourteen years old. She alleged Moore did the following:

On the second visit to the house, Mr. Moore sexually abused Ms. Corfman. He provided Ms. Corfman with alcohol, flattered her, laid blankets and pillows on the floor, and took off her and his outer clothing. Wearing only undershorts, Mr. Moore touched Ms. Corfman’s private parts through her bra and underpants and guided her hand to touch his penis. Ms. Corfman resisted Mr. Moore and asked him to take her home.

Referring to Moore, she said:

Mr. Moore has claimed, among other assertions, that Ms. Corfman’s account is “completely false,” “malicious,” “politically motivated,” that it reflects “the immorality of our time,” and that “there is not one ounce of truth in her accusations.”

Moore sees himself as a tragically aggrieved party. Moore said that he needed public support to defend himself against the “unholy forces of evil” being funneled by “lawyers in Washington D.C. and San Francisco” through “one of the biggest [law] firms in Birmingham Alabama,” which presumably is the firm representing Corfman. He said these evil forces unleashed upon him to prevent him from bringing “the truth about God and our Constitution to Washington, D.C.”

Please send a generous gift today to the Roy Moore Legal Defense Fund to help me defeat, once and for all, those who would destroy America in order to usher in their anti-Christian “kingdom.”

Among the people Moore blamed in the Facebook post for either his legal problems or for destroying America are the following:

P.S. The political Left is filled with men and women whose sole aim in life is to overthrow our God-ordained rights which are guaranteed in the U.S. Constitution. It is your responsibility and mine to stand up to this vile encroachment on our rights, and defend that for which the Founding Fathers sacrificed so greatly. Please send a generous gift today to the Roy Moore Legal Defense Fund to help me defeat, once and for all, those who would destroy America in order to usher in their anti-Christian “kingdom.” May the Lord richly bless you as you stand with me in this critical fight!

Responses to Moore’s Facebook post ranged from extreme praise to extreme hatred, with nothing readily apparent in the middle ground.