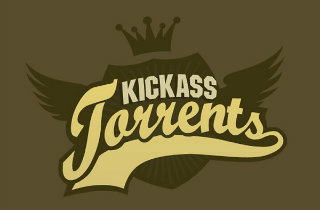 On Tuesday, Artem “tirm” Vaulin, Ievgen “chill” Kutsenko, and Oleksandr “pio” Radostin, the Ukrainian nationals behind “Kickass Torrents” (or “KAT”) file sharing website, were indicted in United States District Court in the Northern District of Illinois. According to the 23 page indictment, the trio has been charged with various counts of copyright infringement and money laundering, the latter to hide the unspecified “millions” of dollars that the site (and others) they were involved with allegedly brought in. While Vaulin was arrested last month in Poland and is currently awaiting extradition, the other two are believed to be at large.

Described by the U.S. Attorneys’ office as “today’s most visited illegal file-sharing website,” Kickass Torrents is alleged to have been at the center of a complicated criminal scheme that also included various illicit movie streaming sites requiring paid subscriptions. As is often the case in this type of case, the defendants are accused of taking care in a number of things, like maintaining quality standards for the uploaded media and keeping whatever types of content they banned off the site, but not restricting access to infringing uploads.

It’s worth noting that KickassTorrents did, in fact, have a copyright takedown policy in compliance with the Digital Millennium Copyright Act (DMCA). In a 2012 article at TorrentFreak, the leading news source in the file sharing space, it was claimed that the site deleted thousands of infringing uploads every month. In a quote sourced to “KickassTorrents’ owners,” TorrentFreak was told that “We are very serious about removing copyrighted content following DMCA requests. We have staff who review and process all incoming requests. On working days the processing time of these requests never takes longer than several hours.”