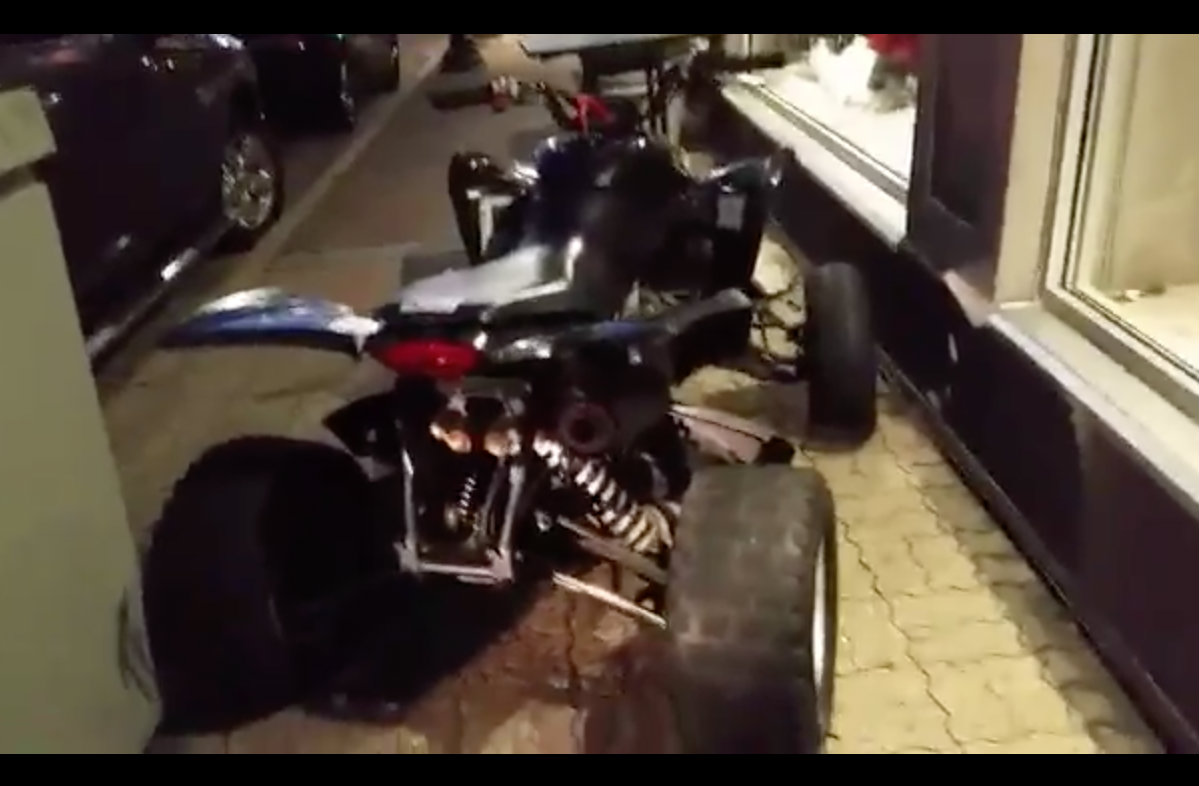 A Rhode Island man was arrested Wednesday after an alleged chase in which he told cops that they’d never catch him. Ruddy Rodriguez, 25, was booked for reckless driving, eluding police, and two counts of malicious mischief and property damage, according to Local 12.

Authorities in Providence have it out for ATVs on local streets and parks. The policy is to confiscate and destroy such vehicles, so cops responded accordingly on Wednesday. They said a group of 10 to 15 people were driving these through the city, even running a red light. Police claim Rodriguez, one of the drivers, drove alongside them while laughing and yelling “You’ll never catch me or stop me!”

He ended up crashing into a potted plant on a sidewalk in front of a restaurant, police said.

Law&Crime reached out to Rodriguez via a social media account in his name, but he declined to comment.

Note: Rodriguez declined to comment on this story. The article has been updated accordingly.