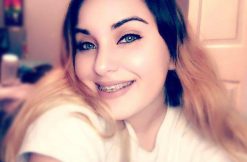 In Texas, cyberbullying is just a class B misdemeanor offense, so anyone convicted of harassing 18-year-old Brandy Vela will only face up to 180 days in jail. That might not be enough for her dad. The teen died by suicide at her home in Texas City, Texas.

“I want to see these people get locked up,” father Raul Vela told KHOU in a Thursday report. “I hope they get what they deserve because I didn’t deserve this.”

Vela said bullies started harassing Brandy over a year ago by putting her picture online in suggestive contexts.

“And continually posting nasty things about her,” he said. “Set up an account saying she was actually soliciting sex.”

Attempts to take down the pages only succeeded for a few days. The imitation posts always resurfaced, even though the Vela family reportedly complained to authorities.

And the phone calls. Vela claimed his daughter got barraged with phone calls, even at night.

This devolved until Tuesday, when Brandy shot herself in front of family members.

The Texas City Police Department are looking into this, and Capt. Joe Stanton told CNN that they’ll interview the individuals who the Vela family claim bullied the late teen. Meanwhile, a communications director for the Texas City Independent School District told the outlet that they and local sheriff’s deputies will work with students to address such harassment.

“Cyberbullying is completely different than bullying because it uses electronic technology instead of face to face,” Melissa Tortorici said. “Today’s young adults and teenagers have grown up with technology and they have access to it 24/7. Many times they become very bold over technology and text things they would never say directly to someone’s face. It’s extremely difficult to stop someone from sending messages when apps make it easy to remain anonymous.”

A bill in the Texas legislature may strengthen the existing cyberbullying law, though. Called “David’s law,” after another harassed teen who died by suicide, it would give officials new tools to combat this kind of online persecution. For example, law enforcement investigators will get stronger subpoena power to locate anonymous social media users who make threatening posts and messages, while school districts will get the ability to investigate off-campus bullying if it substantively influences the school environment.