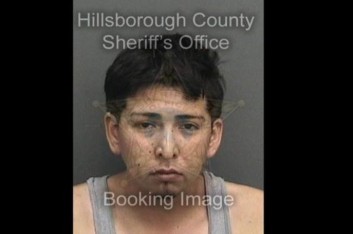 Police in Tampa, FL say a man is dead after he was shot by his cousin in what appears to be a bizarre experiment gone terribly wrong.

Fox13News.com reports the incident occurred late Saturday night when police were called to a home and found Joaquin Mendez outside with a gunshot wound to his chest.  He would die later at a nearby hospital.

According to police, the witness told them Mendez was wearing a bulletproof vest inside the home when he asked aloud whether the vest “still worked.”  As Mendez sat in a chair, the witness said Garibaldi replied, “Let’s see,” and then fired a gunshot at the vest.

After speaking with the witness, officers say they entered the home and found the vest, with a bullet hole through the chest.

As of Sunday, Garibaldi was being held without bail in the Hillsborough County jail on charges of manslaughter and felon in possession of a firearm.