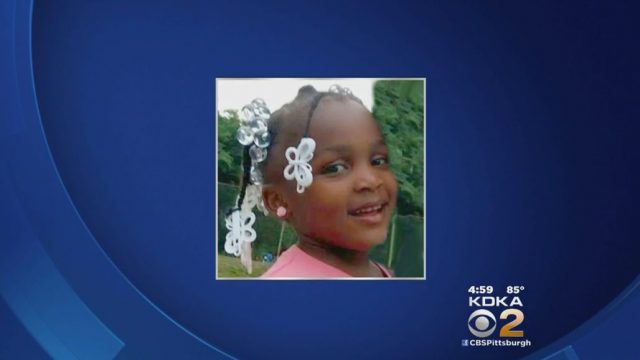 PITTSBURGH (AP) — A western Pennsylvania man has been sentenced to 15 to 40 years in prison in the shooting death of a 6-year-old girl last summer.

Twenty-year-old Kamau Thomas Jr. apologized to the family of Isis Allen and his own relatives as he pleaded guilty Tuesday to third-degree murder.

The girl was hit as she was walking past the home with an adult. She later died after being taken off life support.

Thomas told investigators that the weapon’s trigger was “sensitive” and the gun “started going crazy.”

The girl’s grandmother called her loss “unspeakable.” She urged Thomas to better himself in prison and try after his release to “help teach others to make better decisions.”