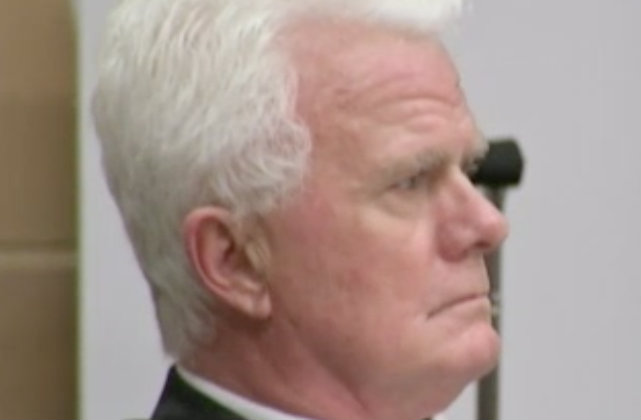 Even Richard Henry Patterson‘s attorney backed off from their initial defense after the opening statement: that girlfriend Francisca Marquinez died from performing oral sex on the suspect. It turned out to be the right move, since the 64-year-old Patterson was acquitted for a second-degree murder charge on Monday in a Florida courtroom.

Prosecutors argued that Patterson choked the 60-year-old Marquinez to death, but no cause of death had been officially determined. Her neck and arms were so discolored after investigators found her that it would have apparently been impossible for medical examiners to discover bruising. Her neck bone and neck cartilage remained intact as well, said medical experts on the stand.

But “death by oral sex” wasn’t backed by testimony. Defense medical expert Ronald Wright said the evidence fit with that theory, but he actually agreed with the prosecution’s expert that such a death was improbable. For this to happen, the dead person would have needed oxygen cut off for a minimum of 30 seconds before passing out AND THEN this lack of air would have had to continue for the next two to three minutes before the end.

Patterson’s own attorney Ken Padowitz shot down that defense during this closing argument.

“That’s not the way she died,” he said. “But that’s the way Richard Patterson thought she died.” Patterson even offered to show his penis to the jury, but the court declined the invitation.

Instead, he hit on the fact investigators couldn’t zero-in on the way Marquinez passed away. It could have been a heart attack, he said. Or a stroke.

Testimony had it that it wasn’t Patterson, but someone else who last saw Marquinez on Oct. 25, 2015. Her body was discovered in her condo on the following Oct. 28.

Prosecutor Peter Sapak focused on Patterson’s actions, which seemed to imply guilt. The defendant’s ex-girlfriend Holly Graff testified that he admitted to choking Marquinez, but couldn’t remember his exact phrasing. Sapak said the defendant didn’t even call authorities after the alleged incident, but instead contacted Graff, and she connected him with Padowitz. Patterson was recorded telling Graff to not talking about the alleged murder, and maintained that he didn’t want to go to jail. Marquinez’s family members were in the courtroom when the verdict was read.

“This is not justice,” one said.

Patterson did not take the stand in his defense.