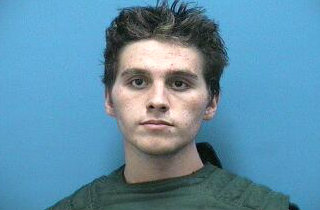 A spokesman for The Dr. Phil Show sort of explained why they rescheduled their segment on accused “cannibal killer” Austin Harrouff.

“We have decided to delay the broadcast of our interview with Austin Harrouff until a later date in light of developments in Mr. Harrouff’s case,” he wrote in a statement to Law Newz on Saturday. He wouldn’t issue any further comment.

Interesting, but that clarifies little. For example, who made the decision and what kind of developments were these? Was it Dr. Phil McGraw himself, or other production staff? Are these developments new to law enforcement as well, or just the production?

McGraw interviewed the 19-year-old Harrouff by telephone on October 3, and that segment was set to premiere on Friday, October 29. But it was postponed just hours before airtime, and only days before a grand jury heard the case.

Sheriff’s deputies in Martin County, Florida say Harrouff murdered couple John Stevens, 59, and Michelle Mishcon, 53, on August. The lurid details captured national attention: Investigators say Harrouff was accused of biting off Stevens’ face while allegedly high on bath salts the synthetic drug flakka (though the testing to confirm drug use has been fraught).

Harrouff’s attorney Robert Watson has been moving cautiously for now. In an October 4 talk with reporters, he wouldn’t speculate too much as to whether a mental illness caused his client’s actions.