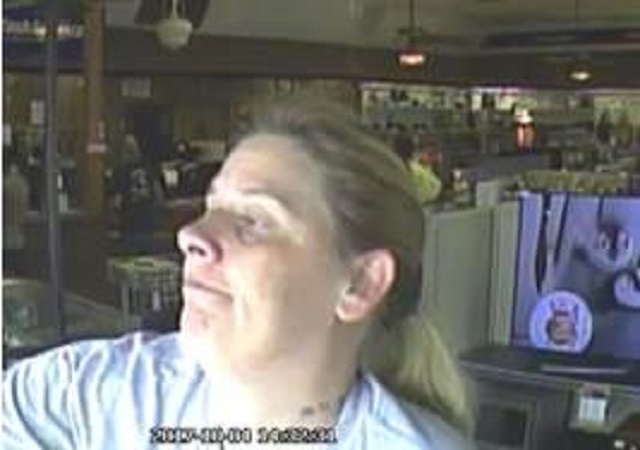 A woman suspected of stealing a laptop got a little greedy when she had trouble selling the computer to a pawn shop. According to police in Fort Worth, Texas, the unidentified suspect broke into a man’s car and stole his laptop and a bag containing business cards. Cops say she then went to a local pawn shop and tried to sell the computer, but they wouldn’t take it because it was password protected and the suspect didn’t have the code.

Since she had the owner’s business cards, which contained his cell phone number, the alleged thief texted him, and in a gutsy move, asked for the password. He didn’t go for it. Instead, police say, the owner “played along” with the suspect and offered to buy back his laptop. The suspect allegedly offered to sell it for $150, and set up a place to make the exchange, but then stopped messaging and has not been found.

The phone number attached to the suspect’s texts is not a valid number, police say, but the suspect was spotted leaving the pawn shop in a black Chevy Malibu with a spoiler and black rims.

[Image via Fort Worth Police Department]