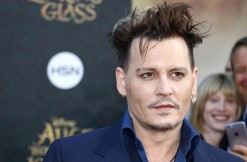 Hollywood divorces can produce a treasure trove of personal information on the world’s biggest stars – as Johnny Depp will soon discover.

The “Pirates of the Caribbean” star has filed a motion asking to keep his financial information out of public purview in his divorce battle against Amber Heard, but it’s unlikely to be granted.

I’ve handled many complex cases involving wealthy business executives, sports stars and top celebrities who want to avoid publicity, so I have a sense of what will work and what won’t. And celebrities I’ve represented (such as Motley Crue guitarist Mick Mars) who have requested such confidentiality orders have often been shot down. That’s because, in California, financial information is fully discoverable and public record under mandatory financial disclosure requirements in divorce cases.

Heard filed for divorce in May after a 15-month marriage and immediately sought spousal support, according to media reports. In any divorce case where finances are an issue, the parties must file financial documents. Private data such as Social Security numbers may be blocked out, but as a whole, there are no other redactions. So if the information becomes part of the court file, it is public.

The only deviation from this is if both parties sign an agreement to keep the information private – which Heard has refused to do.

Absent her blessing, the court can’t impose a confidentiality agreement upon the parties. The parties may make such an agreement themselves and then they have to abide by it, but it’s out of the court’s hands to order it.

Sometimes the judge will review the documents in his courtroom with the lawyers, away from the prying eyes of the press sitting in open court.

This happened in Mars’s case, where civil attorneys involved in the matter sought to keep the records sealed.

In 2005, Mars was sued for $10 million by ex-girlfriend Robbie Mantooth who claimed the rock star promised to support her for life. The promise was made verbally throughout the couple’s 15-year relationship, Mantooth claimed.

The judge eventually ruled that the information would see the light of day.

Privacy was so important to Mars that he ended up settling the case to bypass filing the paperwork and keep his information private. In return, Mantooth agreed that she would not disclose any future financial information about Mars.

A glimpse into Mars’ wealth eventually became public in 2009, when he sued Mantooth for violating the agreement. Although the original settlement amount wasn’t disclosed, court documents revealed that Mars still owed Mantooth a total of $300,000. She was ordered to pay $212,000 in damages after allegedly trying to access one of Mars’ bank accounts through a collection agency.

Many celebrity divorces – like those involving actors Tom Cruise and Ben Affleck – never see the spotlight because the couples hire privately retained judges to hear the cases in conference rooms outside of the courthouse. Again, this is a move that both parties must agree upon and it would be thwarted if one person is set on revenge.

Depp’s best course of action is to reach an agreement with Heard regarding the scope of disclosure and the method for the exchange of that information. If he keeps pushing for the judge to force the issue, he’ll probably fail.

Maya Shulman is a major family law attorney working out of LA.