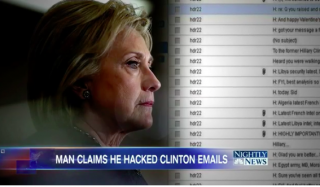 When Romanian hacker Marcel Lehel Lazar, also known as Guccifer, told NBC News senior investigative correspondent Cynthia McFadden that he had gained access to Hillary Clinton’s private email server, viewers worldwide were left to wonder whether his claim was true. Our analysis of Guccifer’s behavior in the interview left little doubt in our minds that—unfortunately—it was.

Let us be clear that in this case, the behavior available for analysis is quite minimal. Having said that, based on the lack of deceptive indicators exhibited by Guccifer in response to McFadden’s questions, we have concluded with a high degree of confidence that Guccifer was very likely successful in penetrating Clinton’s email server, as he claimed. What remains unclear, however, is exactly what information resident in the server might have been compromised.

Guccifer told McFadden that Clinton had lied when she claimed her email server was absolutely safe—he stated categorically, “It’s not safe at all.” While we have concluded that that statement is likely truthful, and that Guccifer likely ascertained that himself, what we are unable to assess is whether or not he was able to access any classified information on the server. It’s equally unclear whether Guccifer was capable of identifying classified information, vs. unclassified information.

Our sense, based on Guccifer’s responses, is that there were some limitations to the access he was able to gain. We expect that as this story unfolds, and the investigation into Guccifer’s claims intensifies, U.S. authorities will identify those limitations—and exactly what vulnerabilities in the security of Clinton’s email server were identified by the Romanian hacker.