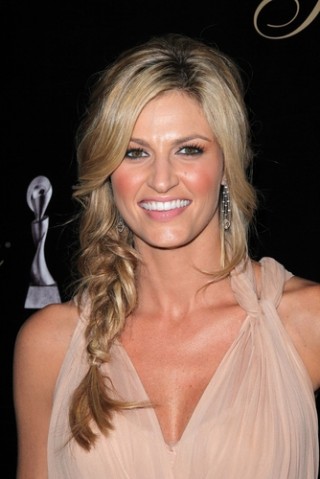 Todd S. Eagan is an attorney at Lavely & Singer.

Erin and her attorneys say the hotel bears much of the responsibility for what happened to her in 2009, when an obsessed fan slipped into the hotel, altered the peephole to her room, and videotaped more than four minutes of her in the nude.  The stalker, Michael Barrett, then spread those images across the internet, where they were viewed 16 million times.

Her attorney, Bruce Broillet, told jurors in closing arguments Friday that the owners and operators of the hotel failed to keep the sportscaster safe when she was a guest.

“This has to be our home away from home,” Broillet said. “We turn ourselves over to them and their protection.”

What happened to Andrews is despicable.

The incident combines a sex crime and invasion of privacy, along with a publishing element – in this case, the posting of a voyeuristic video that spread throughout the world, including to the sports community where Andrews makes her living, which exponentially compounded the harm.

Attorneys for hotel owner West End Hotel Partners have said that Barrett’s criminal actions were his responsibility, not theirs. Their strategy also has been to minimize — some would say callously belittle — the emotional trauma endured by Andrews.

Jurors will ask themselves: Did the hotel ensure the safety and privacy of Andrews? Could this happen to me, my family and neighbors? Trial attorneys know that if jurors are persuaded that anyone is as vulnerable as Andrews was, Marriott will find itself writing a check.

Privacy and personal safety are at the forefront of many people’s minds, especially in today’s wired-in culture.

No matter what the jury decides — they are deliberating right now  — this trial will highlight the expectations of safety and privacy in hotels, and the penalties hotels will face for failing to meet them.

In most states, it’s vital for hotels to ensure guests are safe.  Just as a hotel must anticipate that a thief or assailant could break into guest rooms, it also must anticipate invasions of privacy and voyeurism in guest rooms, and throughout the hotel.  Hotels should take security seriously, and use guards and cameras to actively monitor hallways and common areas. Staff should be properly trained to look for anything suspicious.

As an attorney for one of L.A.’s top entertainment law firms representing celebrities and public figures, I will be looking to see whether the hotel took common-sense precautions to deter and avoid crime, and if any of its practices contributed to the crime against Andrews. For instance, was it reasonable for Marriott to reportedly use house phones that displayed the room numbers of guests? Were hallways actively monitored or patrolled? How is it that no one saw Andrews’ stalker standing outside her door and using a hacksaw to change the peephole to set up his videotaping?

Then there’s the worldwide publication of the voyeuristic video to consider.  Legal observers are asking whether the hotel’s acts and omissions constitute both the actual, and proximate, cause of the video’s release.  Certainly, at first blush, it is a difficult question to answer whether the hotel should have foreseen that the video would be published by the perpetrator, although it is certainly not beyond the realm of possibility, particularly where a celebrity guest is involved.  Some would argue that, given the spate of widely-publicized crimes in which private photos and videos of celebrities, and non-celebrities, have been hacked and published to millions on the Internet, a hotel should anticipate that voyeuristic video shot on its premises is very likely to be sold or published online for the world to see.

Here, there is a strong likelihood of finding Marriott liable. Andrews’ stalker purportedly found her room number on the hotel’s house phone, and then was able to modify her door without being seen or challenged. Without these security lapses, the perpetrator could never have made his video – and the subsequent exploitation and publication of the video was a foreseeable consequence for which the hotel must bear responsibility.

Marriott is arguing that, like Ms. Andrews, it was a victim of her stalker, and shouldn’t be held responsible.  I doubt this will fly.  A better argument is that any liability should be apportioned between the hotel and the perpetrator. Perhaps the jury might find the hotel 40 percent liable and the stalker 60 percent. Note that such a verdict is only possible in Tennessee for incidents that happened before July 1, 2013, when the state overturned the common law rule that an intentional actor and a negligent actor, both named as defendants and both responsible for a plaintiff’s injuries, may be held jointly and severally responsible for the plaintiff’s total damages. See Tenn. Code Ann. Sec. 29-11-107.

What is the case worth?  Andrews seeks $75 million – an astronomical number.  On the other hand, assuming that the video was viewed an estimated 16 million times, an award of $75 million would equate to about $4.48 per view.  So an award approaching $75 million isn’t unreasonable, particularly if the jury is incensed by Marriott’s conduct and the approach of its defense team.

For perspective, it is not uncommon for jurors to be incensed by wrongful acts resulting in the publishing of nude photos and sex videos. A Georgia jury initially awarded $20 million, though later reduced to $250,000, to the estate of model Nancy Benoit after Hustler published nude photos of her after her death. And a New York jury ordered rapper 50 Cent to pay $7 million for the unauthorized publication of an online sex video.

If anything, a verdict for Andrews will underscore the lesson that hotels these days cannot be too vigilant in ensuring their guests are safe, including their privacy.