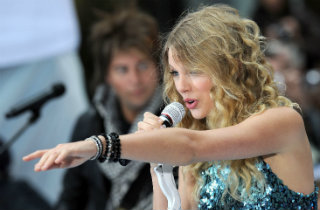 Lawsuits stemming from a 2013  Taylor Swift concert are back in the news stemming from a judge ruling on Friday that a key piece of evidence will be hidden from the public. Billboard reports that a photo which allegedly shows Swift being groped by Denver-based radio D.J. David Mueller. In 2015, Mueller sued Swift for costing him his job, claiming that the groping allegations were false and unfairly got him fired two days after the concert. Swift countersued for assault and battery a month later, pledging to donate any proceeds from the lawsuit to charity.

Swift’s lawyers argued that “it is all but assured that the photograph will be shared for scandalous and prurient interests” if it was released publicly, and the judge agreed. All other evidence in the case has not been sealed.

In her deposition as part of the lawsuit, Swift testified that “Right as the moment came for us to pose for the photo, [Mueller] took his hand and put it up my dress and grabbed onto my ass cheek and no matter how much I scooted over it was still there.” In other words? “It was completely intentional, I’ve never been so sure of anything in my life.” Swift also described her emotional response to the incident:

I remember being frantic, distressed, feeling violated in a way I had never experienced before. A meet-and-greet is supposed to be a situation where you’re thanking people for coming, you’re supposed to be welcoming people into your home, which is the arena for that day, and for someone to violate that hospitality in that way, I was completely stunned.

Swift’s lawyers have also tried to get Mueller’s case dismissed, arguing that she did not intentionally involve herself in his contractual issues.