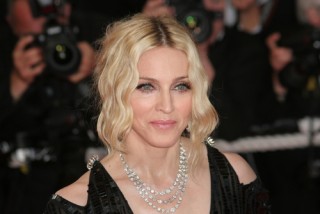 Thursday, the Ninth Circuit sided with Madonna and dismissed a four-year old copyright lawsuit against the star. The plaintiff, VMG Salsoul LLC, (“VMG”) alleged that Madonna’s hit “Vogue” illegally copied a .23 second clip of horn music from the earlier song “Love Break.” Madonna and her former producer, Shep Pettibone (who also produced “Love Break”), were named as co-defendants in the lawsuit.

There had been no question that VMG owned the copyright to “Love Break,” or that “Vogue” included the sample (which became known as “the horn hit”) originating from “Love Break.” The case turned on whether Madge’s use of such a tiny portion of the song would be sufficiently recognized by audiences as to amount to to copyright infringement.

A three-judge panel of the Ninth Circuit sided two-to-one with Madonna, Circuit Judge Susan Graber writing that “a reasonable jury could not conclude that an average audience would recognize an appropriation of the ‘Love Break’ composition.” Given that the copied portion of the song was one quarter note, lasting less than a quarter of a second, the fairness of the ruling seems pretty obvious. I’d be hard-pressed to expect the average listener to recognize a .23 second clip of any song.  Sure, if you’re looking for the similarity, you’ll find it; but copyright law doesn’t expect the listener to be Sherlock Holmes.

The note in question can be heard here, starting at 4:37:

The ruling for Madonna may underscore an important split among the circuits when it comes to the copyrighting of musical samples. When the lower court ruled in Madonna’s favor, it found that the sample of the single horn blast was not subject to copyright protection because it “lacked sufficient originality.” In other words, a song, or even a melody can be copyrighted, but no one can own a single note.   The court went on to rule that even if the horn hit had been entitled to copyright protection, the copying wasn’t actionable, because it was only “de minimis.” “De minimus” is legalese for “this is so small that we don’t even care about it.” While sampling just one note seems about as de minimus as copying could get, the fact that the district court even brought it up is getting some copyright scholars all hot and bothered.

In Bridgeport Music, Inc. v. Dimension Films, the Sixth Circuit held that when it comes to sampling, there’s no such thing as “de minimus;” samplers need to pay up, no matter how small the sample. Apparently, Kentucky and Michigan aren’t as tolerant of sampling as California is. Shocker.

Critics will doubtlessly argue that the Ninth Circuit’s decision encourages artists to steal from one another, and that such rampant theft is bound to disadvantage less successful artists in particular. While the musical little guy rarely fares as well as mammoth stars like the Material Girl, I think the Ninth Circuit’s decision promotes artistry and creativity more than stifles it. Any real understanding of popular music must acknowledge that derivation is an inextricable part of the creative process. All music is, on some level, originated from what came before it. Furthermore, genres such as hip-hop and rap rely heavily on sampling; such sampling doesn’t amount to a copy, but rather, a transformed seed from which a new piece grows. The Ninth Circuit seems to just get it here – and I applaud the ruling as a decision in favor of music itself.

The dissenting judge, Barry Silverman, slammed the majority’s take on this case, writing, “in any other context, this would be called theft.” Judge Silverman would certainly be correct if we were discussing the unauthorized taking of one pearl from a larger necklace – or even one phrase from a copyrighted poem. But music is a unique medium. Composition and songwriting is not the same as a necklace or even the same as literature or poetry. This isn’t “any other context” – this is music.