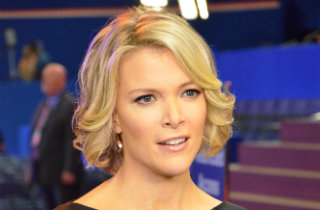 The numerous sexual harassment allegations against Fox News architect Roger Ailes have been out of the spotlight for the last couple months, but that’s about to change. Radar Online claims to have gotten its hands on excerpts from Fox anchor Megyn Kelly’s new book, “Settle For More,” which comes out November 15th, and has shared some of the more notable items about Ailes in it. LawNewz has reached out to Kelly’s publisher, HarperCollins (a division of NewsCorp, the same parent company as Fox) to try to confirm the legitimacy of the excerpts, which Radar claims were added to the book “at the last minute” after the scandal broke.

According to the report, Kelly writes that Ailes started to sexually harass her during the summer of 2005, just a few months into her stint at Fox’s Washington bureau legal correspondent. Her managing editor told her that she “captured the attention of Mr. Ailes,” which led to repeated meetings in his office in New York. As Kelly allegedly describes it:

Roger began pushing the limits. There was a pattern to his behavior. I would be called into Roger’s office, he would shut the door, and over the next hour or two, he would engage in a kind of cat-and-mouse game with me — veering between obviously inappropriate sexually charged comments (e.g. about the “very sexy bras” I must have and how he’d like to see me in them) and legitimate professional advice.

It should not come as a surprise that there are also allegations of Ailes offering to boost Kelly’s career in exchange for sex acts, offers she always declined. The harassment apparently turned into physical abuse in January 2006, when Kelly says that Ailes “crossed a new line — trying to grab me repeatedly and kiss me on the lips.” She claims that after she fought him off, “he asked me an ominous question: ‘When is your contract up?’ And then, for the third time, he tried to kiss me.”

Not long after this, she says that she reported Ailes to a superior, which ended the advances. This year, a decade after her episode ended, she decided to come forward after former Fox anchor Gretchen Carlson sued him. While Ailes was pushing his stars like Kelly to defend him, she went in the opposite direction, reporting him to 21st Century Fox co-chairman Lachlan Murdoch. Kelly explains that”[c]rossing [Ailes] was a major risk, but what if — God forbid — he was still doing it to someone?”