Gwyneth Paltrow Testifies Against Man Who Allegedly Stalked Her for Years 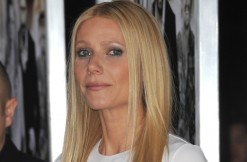 Gwyneth Paltrow testified Monday against a man accused of stalking her. In fact, he has already been on trial for this before.

This is the second time that Dante Michael Soiu, 66, has been charged for stalking the actress. In 2001, he was found not guilty by reason of insanity, according to CBS. See, from 1999 and 2000, he allegedly sent her hundreds of love letters, and packages, which included sex toys and pornography. He was arrested in 2000, the second time he visited the home of Paltrow’s parents.

Now, the current trial is over things he allegedly sent her from 2009 to 2014. Over 60 letters and packages this time.

“I want you to feel love all the time and that I am a man of love. A husband of love, and a father of love to both wife and family as well as a man of principal and truth and integrity,” Soiu wrote, according to the testimony of investigator Brian Coleman (this happened at a July preliminary hearing).

“You are hopelessly lost,” Soiu apparently wrote in one 2010 letter. “Now you must die. Yourself, must die so that Christ can have preeminence.”

In her Monday testimony, Paltrow said Soiu declared he would “cut out sin” from her using a scalpel, according to TMZ.

His attorneys don’t dispute that letters were written, but why, according to CBS. A public defender who represented Soiu at the preliminary hearing said he meant “die” in a Christian, spiritual sense, that, yes, one must spiritually die and relinquish a sense of self before one can receive God’s grace.”

His current defense lawyer, Lynda Westlund, insists her client “is not dangerous at all and would not hurt a fly,” according to CBS. She says her client’s actions don’t quality as a felony, and his letter writing is protected by the U.S. Constitution since Paltrow’s a public figure.

Then again, court records for his other trial stated that the Medical Director of Metropolitan State Hospital thought Soiu was “a substantial danger of physical harm to others.”