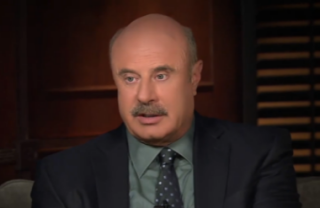 Nick Gordon, ex-boyfriend of Whitney Houston’s daughter, Bobbi Kristina Brown, sat down with Dr. Phil to discuss the circumstances surrounding Brown’s death, in an interview to be aired on April 28. Brown died in June 2015 after being found unconscious in a bathtub in January.

An autopsy revealed that Brown had a combination of drugs in her system before she drowned, and her family alleges that Gordon had something to do with it. They filed a wrongful death lawsuit against Gordon, claiming that he drugged Brown and forced her face down into a tub of cold water after an argument, killing her.

Gordon isn’t facing any criminal charges for Brown’s death. This is his first interview since her passing. We’ll have to wait until a couple weeks to see how he responds to Dr. Phil’s question. I doubt he’ll confess to murder on national television, but stranger things have happened.