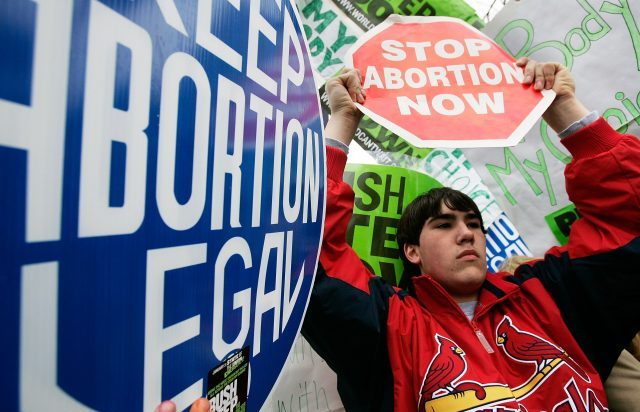 A woman has filed a lawsuit against the State of Missouri because she feels that the state’s abortion laws infringe on her religious beliefs. Identified only as “Judy Doe,” she is a member of The Satanic Temple which has already sued the state twice with similar allegations on the behalf of other women. One of the previous cases is currently being heard by the State Supreme Court.

In Missouri, the state requires that women seeking abortions wait three days before receiving the procedure and be given a pamphlet stating that “the life of each human being begins at conception,” and that “abortion will terminate the life of a separate, unique, living human being.”

Members of The Satanic Temple do not believe in a literal Satan but see themselves as  “an association of politically aware Satanists, secularists, and advocates for individual liberty.” Two tenets of the belief system include “one’s body is inviolable, subject to one’s own will alone,” and that “beliefs should conform to our best scientific understanding of the world,” which they believe are being infringed upon by the Missouri law.

“With a bald theocratic imposition of abortion restrictions into Missouri state law, and a continued expansion of religious privilege and exemption,” Temple spokesperson Lucien Greaves said in a statement, “Missouri lawmakers are going to be forced to accept that there are religious perspectives, just as deeply-held, that may directly contradict their own religious beliefs and directives.”

Greaves also believes that this new lawsuit will show that there is widespread opposition against the requirement.

The previous case had been transferred to the state’s Supreme Court by the Missouri Court of Appeals. “We believe this case raises real and substantial constitutional claims,” the decision read.

However, the Missouri Attorney General’s office argued in the case before the Supreme Court that even though doctors are required to give women the pamphlet, it doesn’t infringe on religious freedom as they aren’t forced to do anything going against their beliefs. The judge in the case addressed this issue as well.

“She wasn’t forced to say she agreed with it,” Judge Laura Denvir Stith said. “She was given a brochure but wasn’t required to read it.”