Ohio Just Banned Abortions For Fetuses With Down Syndrome 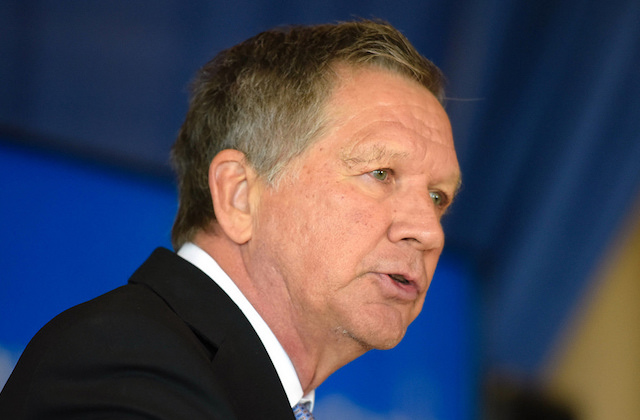 Ohio Gov. John Kasich just signed a law which bans abortions if a fetus either “has or may have” Down syndrome.

The new law further expands a current requirement that physicians submit a report to state government detailing every abortion performed. The physician’s report now requires the physician to state that he or she had no knowledge that the mother was seeking the abortion because of the real or suspected status of the fetus as a Down syndrome patient.

[T]he Supreme Court has already weighed this interest against a woman’s liberty interest in choosing to terminate a pregnancy and concluded that, prior to viability, the woman’s right trumps the State’s interest.

[T]he State’s pre-viability interests are simply not strong enough for it to lawfully prohibit pre-viability abortions. Yet [Indiana law] does just that.

The United States Supreme Court has stated in categorical terms that a state may not prohibit any woman from making the ultimate decision to terminate her pregnancy before viability.

The underlying Ohio bill signed today by the governor passed the state senate 20 to 12 and the state house 64 to 31 on a mostly part-line vote, with most Republicans voting yes and most Democrats voting no.

The bill was among a group of 15 signed into law by Gov. Kasich today.

Ohio-Down-Syndrome-Abortion-Bill by LawNewz on Scribd