White Student Confronted by Black Woman Over His Dreadlocks Speaks Out 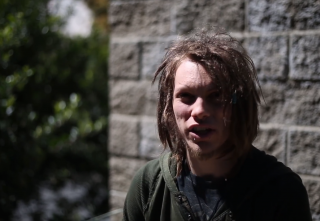 A white student with dreadlocks who was confronted by a young black woman at San Francisco State University (SFSU) over “cultural appropriation” is now speaking out.  A video went viral earlier this week that showed the confrontation get physical. University officials were ultimately called and are investigating.

“I looked at her and she said ‘sorry we don’t want people with your hair here’, I was like wow that is really rude, I tried to walk away from the situation,” Cory Goldstein, a 22 year old environment science major said in a newly released video that was posted to YouTube by a school newspaper.

The university said Tuesday it would look into the video, which has gone viral with over 3 million views on YouTube since being posted Monday.

“I felt that I didn’t need to explain myself, my hair, my rules, my body,” Goldstein said.

In the original video, Goldstein asks the woman: ‘You’re saying I can’t have a hair style because of your culture. Why?’

“Because it’s my culture,” she replied. A physical confrontation ensued. (watch below)

Goldstein insists that he respects all cultures.

“The  fact that I have locks doesn’t mean that I’m trying to appropriate this culture, it means that I love and respect their culture,” he said.

“I think that anyone that has tangled hair in the past that did not have access to combs, probably had dreadlocks, cavemen, I bet you had dreadlocks,” Goldstein said in the interview with the Golden Gate Express.

SFSU told ABC 7 news that they are moving forward with the investigation.  The network also reports that the student who took the video has requested charges to be filed against the woman. Goldstein doesn’t want to press any charges.

The university issued this response: