Why Trump’s Scooter Libby Pardon is All About Trump (Oh, and Mueller) 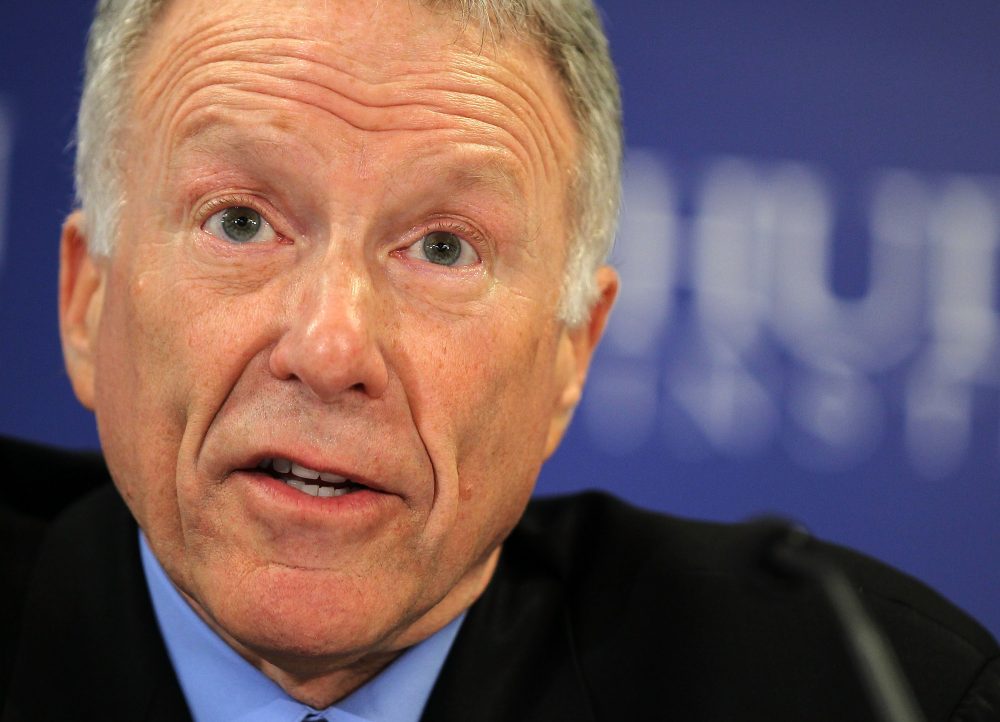 Donald Trump’s pardon of Scooter Libby is just one more reminder that our federal government has been transformed from a monolithic machine of laws and ideals to a living middle school social allegory in which the president alternates the personas of bully and victim based on what will get him invited to the cool parties.

We all know that Trump doesn’t care about Scooter Libby or about Libby’s wrongdoings. Trump himself cavalierly admitted, “I don’t know Mr. Libby, but for years I have heard that he has been treated unfairly,” as if issuing a presidential pardon required about as much thought as turning on a movie he’d heard was good. The Libby pardon itself isn’t all that important – Libby’s sentence had been commuted a long time ago, and his law license had already been reinstated. Not much will change for him as a result of the pardon. But for Trump, the pardon is important in its overall symbolism; to examine that, we need to look at the coincidences obvious connection between Trump’s own case and the Libby pardon.

Gosh, it seems like just yesterday that Trump tweeted his outrage over James Comey’s having leaked information to media.

James Comey is a proven LEAKER & LIAR. Virtually everyone in Washington thought he should be fired for the terrible job he did-until he was, in fact, fired. He leaked CLASSIFIED information, for which he should be prosecuted. He lied to Congress under OATH. He is a weak and…..

Between Hillary Clinton’s emails and James Comey’s midnight phone calls, one would almost believe that Trump is an information hawk. But as with so much in the Trump administration, there’s just no way to square this inconsistency.

I. Lewis Libby Jr., had been Vice President Dick Cheney’s top adviser. Libby was convicted of perjury and obstruction of justice over the leaking of the identity of Valerie Plame, a C.I.A. officer. Libby was not charged with the leak itself, he was indicted and convicted for providing false statements to investigators who were investigating the leak.

The prosecutor in the Libby case was Patrick J. Fitzgerald, appointed by the DOJ to investigate and prosecute the leak. The backstory on the case centered around the Iraq war and the Bush Administration. Former diplomat Joseph C. Wilson IV wrote a piece in the New York Times saying that he’d been sent to Niger to investigate whether Iraq was seeking nuclear materials, and had found nothing; the Bush Administration ignored Wilson’s findings, and later told the press that Wilson had been sent to Niger because his wife, Ms. Plame, worked at the C.I.A.

During the Libby prosecution in 2007, many criticized Patrick Fitzgerald for being overly aggressive. Of course, that was before Twitter was really a thing, but I think we can guess how Trump would have reacted back then:

3. Small Circles in the DOJ.

Speaking of Special Counsel Patrick Fitzgerald, guess who appointed him? Well, it would have been Attorney General John Ashcroft, but he was too involved in all things Bush Administration, so he recused himself. The next in line was a Deputy Attorney General who’d arrived at his post just three weeks earlier – none other that one James Comey.  In answer to your questions: yes, the same twenty people run everything in Washington; and yes, Trump pardoned Libby to stick it to Comey.

Scooter Libby has Victoria Toensing — a lawyer and friend of his—to thank for his pardon. Last summer, Toensing brought Libby’s case, one in which she’s said to be “appalled by what happened,” to the attention of the White House Counsel’s Office. Toensing is married to another lawyer —Joseph diGenova – and the two are on the list of lawyers who were asked to join the Trump legal team and then refused. Toensing and diGenova cited “client conflicts” as their reason for declining. Of course, though, since this is middle school, Trump did his best to spin the rejection, saying that he lacked “personal chemistry” with diGenova and Tensing.

Yesterday’s pardon has been widely interpreted as a typical Trump move to simultaneously help himself and bully others. Valeria Plame has called Trump out for using mafia tactics to send the message to anyone who might be tempted to turn on him: “he’s saying, ‘If you get in trouble, don’t spill the beans, I’ll take care of you.’”

Not shockingly, White House Press Secretary Sarah Huckabee Sanders did her best “I don’t know what you’re talking about,” and said of the Mueller-Libby connection, “one thing has nothing to do with the other.” Yeah. Okay. Sure.