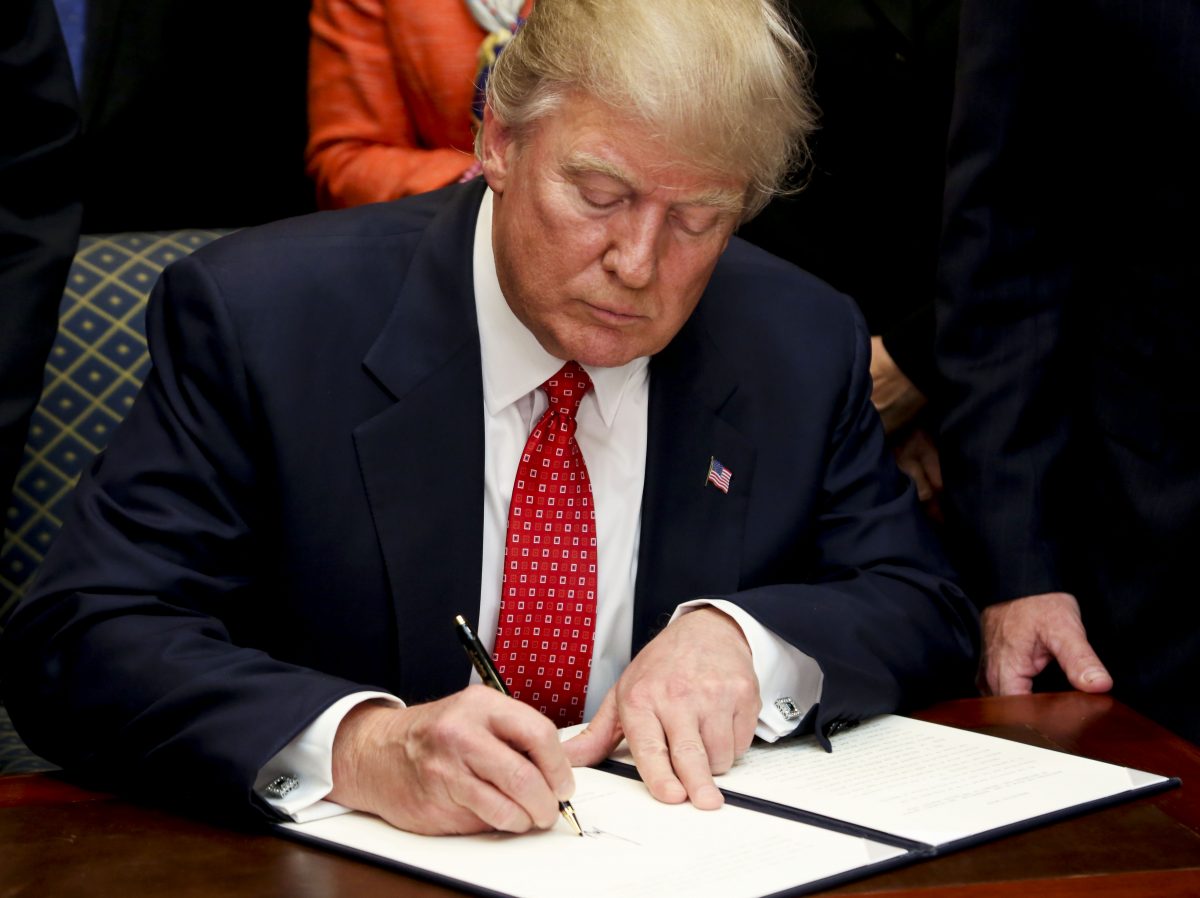 With everything that’s been surfacing in the media about our president lately, you’d think things like alleged adulterous affairs and hush money were what’s worst about Trump.   Actually, though, the real problem is the one-two punch of complete ignorance about American law combined with utter unwillingness to learn. This week, not only Trump embarrassed himself by proving he doesn’t understand quite what “free speech” means, but he has also demanded that Congress do something that has already been declared unconstitutional.

As a matter of National Security I’ve signed the Omnibus Spending Bill. I say to Congress: I will NEVER sign another bill like this again. To prevent this omnibus situation from ever happening again, I’m calling on Congress to give me a line-item veto for all govt spending bills! https://t.co/kYwMk5AE5k

On Friday, at a White House event, President Trump was lamenting his having been presented with an omnibus bill.  He was gratified that the bill authorized an increase in military spending, but was critical of other expenditures that “wasted sum[s] of money,” and asked that Congress give him the power of “line item veto.” Here were Trump’s words:

“To prevent the omnibus situation from ever happening again, I’m calling on Congress to give me a line-item veto for all government spending bills, and the Senate must end — they must end the filibuster rule and get down to work.” “We have to get a lot of great legislation approved, and without the filibuster rule, it’ll happen just like magic.”

I know line-item vetos aren’t nearly as juicy as whatever lurid details we’re bound to learn about Trump’s alleged affairs, but they’re substantially more relevant to the state of our republic. What’s more, this really isn’t a liberal/conservative issue – it’s simply one of basic history and government.

Line-item vetos combine the concept of the president’s existing veto power with a sort of editing power. Presidents already have the power to nix a law presented to them by Congress by exercising a veto; with a line item veto, that president would be permitted to scratch out portions of a bill, veto just those parts, and then sign the rest into law.   It may not sound radical for a president to cross out a word here, or a line there, but in Constitutional terms, such action is a big no-no.

Back in the late 90s, a number of laws were passed that allowed the president (Clinton, at the time) to exercise a line-item veto; litigation ensued, and several of the cases were consolidated in Clinton v. City of New York, which proceeded to the Supreme Court. SCOTUS ruled that the power to exercise a line item veto was unconstitutional because it violated the Presentment Cause of the Constitution. That clause, which can be found in Article I, Section 7, Clauses 2 and 3, outlines the procedure by which bills become law. Under that section, it’s an all-or-nothing procedure.

If you’re thinking that things could be way more efficient if the president could simply cut and paste as he saw fit, you might be right. But that’s precisely the point. The Constitution is very clear that the three branches of government were to be co-equal, but separate; while we like for the branches to work together harmoniously, we do not sacrifice our constitutional principles just to speed things up. It might be faster and easier to let the President legislate sometimes, but that power belongs to Congress and only Congress.

Ultimately, it’s tough to know where “editing” becomes “drafting,” – and drafting laws is quite clearly not the president’s job. It is within this context that the Presentments Clause lays out only three possibilities for a bill: it can be signed into law, it can be vetoed, or it can be ignored (which would mean that it automatically either does or does not become law, depending on whether Congress is in session at the time). A scenario that is conspicuously absent in Article I is the possibility that the executive can veto what he dislikes, and then just sign the rest into law. In other words, “it doesn’t work that way.”

I know that the president is a “political outsider” who believes that his vast business experience is directly relevant to the job he’s supposed to be doing in the Oval Office. But it would be great if he got a handle on Government 101 (or at least if he’d watch a few episodes of Schoolhouse Rock). Legislation isn’t supposed to happen “like magic.” In fact, that’s the opposite of how laws are supposed to be passed. Laws are meant to be meticulously drafted, carefully considered, and openly debated. They are meant to travel from one branch of government to the other, and then back again when necessary.  It’s often a laborious process, and not without room for improvement. But the American system of legislation forms the core of our federal government; while unilateral control and hasty decisiveness may work wonders in a boardroom, they are decidedly unwelcome in our government. That was kind of the point when we did that whole get-rid-of-the-monarch thing back in 1776.