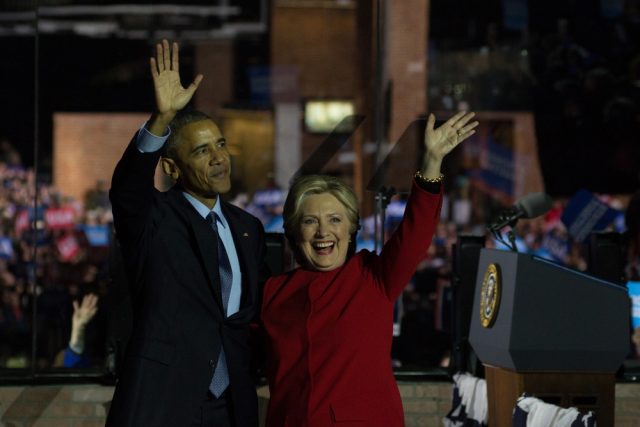 In the spring, Trump administration officials with the State Department filed a motion to dismiss the Freedom of Information Act case. They aren’t refusing to cooperate with the requests for emails but rather contend that no additional recoverable federal emails exist.

Chad Readler, the Acting Assistant Attorney General hired under Trump, filed a motion on June 23, 2017 in which he contends that declarations submitted by the FBI prove that State Departments and the FBI were through and exhaustive and they have no reason to believe additional unrecovered email records exist. Most of the searches referenced in the court paperwork refer to efforts done by both agencies prior to Trump taking office.

“We’re happy with the ruling but it is unbelievable we’re being opposed by Trump appointees in the State and Justice Department’s on the Clinton email issue,” said Tom Fitton, president of Judicial Watch, in a statement obtained by LawNewz.com.  ” President Trump ought to be outraged his appointees are protecting Hillary Clinton. The State Department should initiate action with the Justice Department – and both agencies should finally take the necessary steps to recover all the government emails Hillary Clinton unlawfully removed.”

Judicial Watch is specifically seeking emails sent by Secretary of State Hillary Clinton on two blackberry accounts during her first weeks in office. To prove “its good-faith” recovery efforts, the Secretary of State’s attorneys submitted two FBI declarations — one in secret (or in camera and ex parte). Judicial Watch opposed the secrecy and demanded that the court order the declaration re-submitted for all to see. The non profit group won on that point, and the rest of the case remains ongoing. The case was originally filed by Judicial Watch and Cause of Action Institute in 2015 when President Obama was in office.