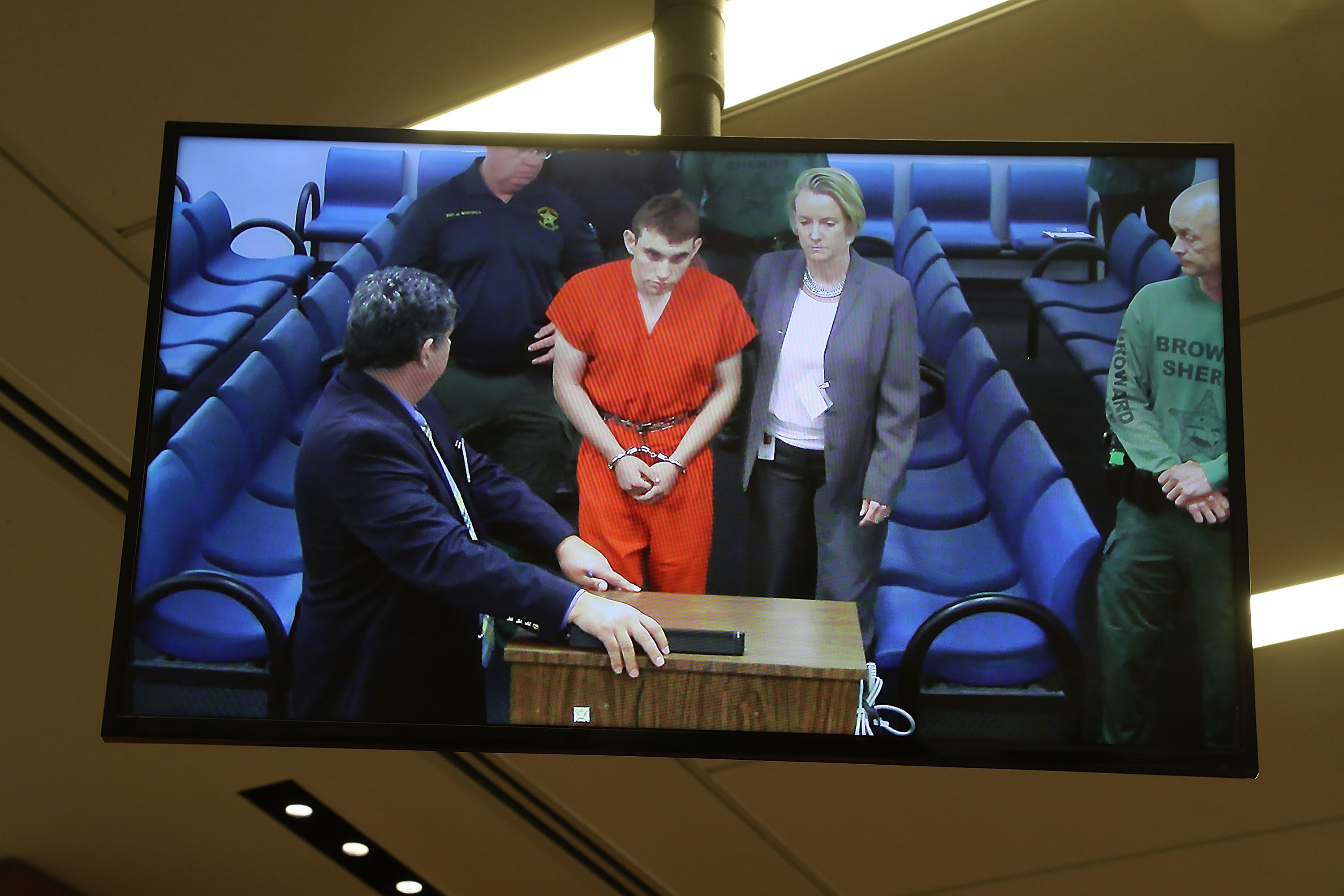 It was widely reported Friday night (here, here) that the public defender in charge of the office representing admitted Florida school shooter Nikolas Cruz is offering an unprecedented, almost immediate guilty plea after the deadliest school shooting in state history. Cruz is said by police to have admitted massacring seventeen people and wounding fifteen others after opening fire with a gun at a Parkland, Florida high school.

“He committed this crime. Everybody saw it. Everybody knows it. He’s admitted it . . . the crime is horrific and beyond words. This is going to come down to one issue — does he live, or does he die?”

Hardened attorneys will wonder whether this quick-to-the-punch plea request violates generally-accepted and almost-always-followed truisms about zealous advocacy for a client, duties of loyalty for a client, and professional conduct rules. Trial advocacy critics would be correct to say that, well, a trial is a search for factual truth, and if the facts are not in dispute, a trial is not necessary to the operation of law. Brush all that aside for a moment. The key part of Finkelstein’s statement is this:

“We’re willing to plead guilty and let the families and community begin to heal. Nobody sees any benefit from a trial.”

Indeed, this is the crux of the statement, and it says everything. What the public defender is doing is playing hardball by rolling over and giving in. He has spiked the ball squarely in the State of Florida’s face about what happens next. Some might say he is holding the community, the survivors, and the victims hostage in the process.

This could play out several ways. The easy way, in Finkelstein’s eyes, would be for the defendant to appear in court, enter a plea, be sentenced immediately, and to be shoveled off to serve more than a dozen life sentences in a Florida prison.

The other way, which prosecutors could chose, would be to go for the death penalty. Finkelstein would very likely then play hardball. He’d demand evidentiary hearings. Florida allows pretrial depositions. He’d demand depositions. Victims and their families would have to be sit and answer questions. He’d demand mental health examinations. He’d demand public expenditures for all of these things. He’d argue his client can’t be put to death due to mental illness. He’d argue the death penalty is unconstitutional. He’d argue the confession wasn’t voluntary. He’d demand a change of venue. He’d argue that no unbiased jury could be found anywhere in the state — perhaps even the county. He’d say the public officials who spoke out about the shooting violated the defendant’s right to a fair trial. He’d say he need a huge pool of jurors to weed out bias. He’d say he needs days — weeks — for jury selection. He’d say he needs weeks for a trial. He’d cross examine each and every one of the victims’ family members. He’d cross examine every one of the survivors. He’d ask them every single thing they saw. He’d ask them every single thing his client did. He’d ask them if they were mistaken. He’d ask them if they have faulty memories. He’d ask them if they shared their stories. He’d imply they shouldn’t be trusted. He’d ask them on live television. He’d vigorously and zealously defend his client, because that’s what the law governing lawyers requires him to do. If he doesn’t do it, in theory, he is in trouble. That’s the path we can expect if prosecutors demand the death penalty here.

Now, to be clear, I will not waver from the believe that a free society cannot be free unless it doles out punishment though public accusation and public confrontation in a fair, transparent, public court of law. The processes in that courtroom should be open to examination, contemplation, and — when necessary — criticism and reform. The question here, which Finkelstein has ripped naked, is how far we must go through our processes to ensure justice is done. In civil law, settlement is preferred to litigation. Here, in criminal law, with so many witnesses, surveillance recordings, and a confession, the only thing apparently left to litigate is the punishment, and Finkelstein — the head of the accused killer’s own defense team — is correct in noting that.

Finkelstein surely realizes, having been licensed to practice law in Florida for nearly 40 years, that Florida prosecutors demand the death penalty often and frequently. He also surely realizes that juries are less frequently meting that punishment out. In this case, a conviction is as certain as they come, and a death verdict is highly, highly likely as well. The real question here is whether the prosecutor’s office so fervently believes that a death verdict is worth the toll. The defense, in the court of public opinion, is trying to blame the heartache, the tears, the quivering hands, the trembling bodies, and the sobs in that courtroom not on the defendant, but on the state’s desire to put him to death. How much is a death worth fighting for? The defense has spiked the ball, and it’s in the prosecutor’s court.

[Image: Nikolas Cruz, 19, is seen on a closed circuit television screen during a bond hearing in front of Judge Kim Mollica at the Broward County Courthouse on February 15, 2018 in Fort Lauderdale, Florida. (Photo by Susan Stocker – Pool/Getty Images).]

[This piece has been updated.]